Presented by The Private Museum, VOID & VOID DECKS is the inaugural collaboration between two Singaporean artists Chow Chee Yong and Tang Ling Nah. Karen Mitchell had the chance to meet and interviews the artists for Artitute.

Presented by The Private Museum, VOID & VOID DECKS is the inaugural collaboration between two Singaporean artists Chow Chee Yong and Tang Ling Nah. Coming from their respective backgrounds (Chow is a photographer and Tang is a artist specialised in charcoal drawing), the two artists cross paths for the first time in their research practices and choices of media.

Chow attempts to capture the intangible and temporal 3rd space in his photographs with a single shot, without further manipulation. One the other hand, Tang suggests the extension of space through her charcoal drawings of passages and openings.

Artitute had the great opportunity to meet both artists for a chit-chat before the Opening of the show, to discover the colourless void created by them, using two very different media.

Is The Void There? Or Not?

When asked about their reactions to and experience in this collaboration, Chow and Tang gave happy, relaxed answers, praising each other’s specialised medium. They were approached by The Private Museum separately and were informed later that they are going to work together. In a way, The Private Museum created the first connection for this joint project – undoing the void between a photographer and an artist. Both agreed that it was a good challenge for themselves and made them re-think both the other medium and their own. Tang said that they share the similarity of working in a black and white context, but added in a cheeky manner as she recounted her first reaction: “Now you can take photographs, why draw?”

This project required both artists to not deal with existing works, but instead create a whole new set. For Chow, he felt the term “new works” is rather daunting and thus surfaced as a good challenge for himself. Both artists met up in October 2011 and started chatting and discussing their ideas. The curator mentioned the keywords “passage” and “transition” to them, and that set them to create this platform / space, which became the void that the viewer will “see” in the exhibition. 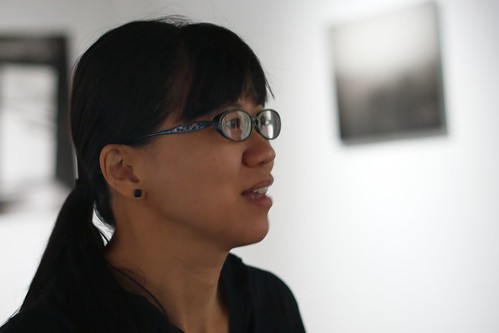 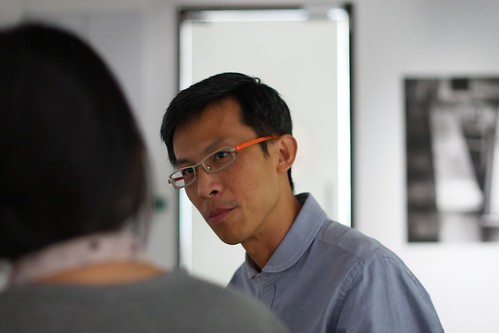 The Approach to Void

“I will start by taking photographs, then selecting segments or portions of these photographs, I create my sketches, and then the drawings.” 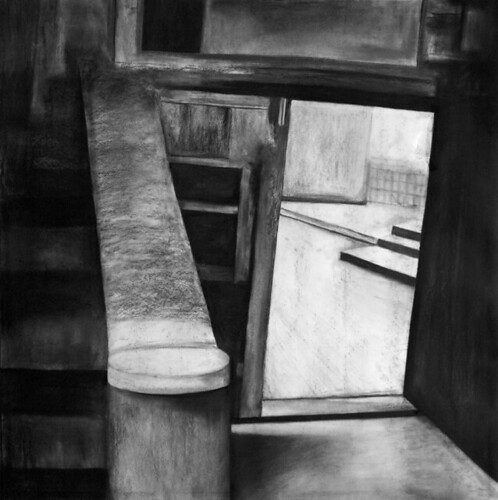 “I will sketch a landscape, a scene in my mind, then put this sketch onto papers. After that I will go out, to search, to find these places.” 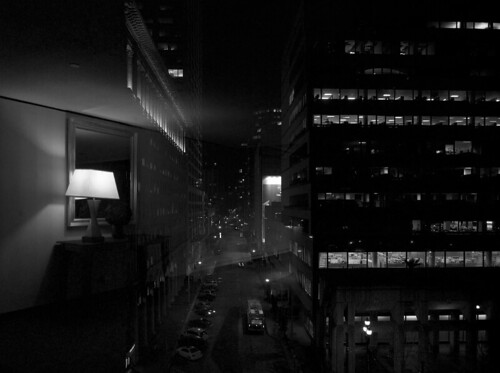 I was surprise to hear this, a complete opposite to how I have thought the artist and the photographer would work. This was a discovery for me – as I looked at their drawings and photographs later, I tried to guess the location, corner, spots in Tang’s drawings that I may have seen before somewhere; the layering of subject matters, the hidden entities and mysteries of a created space found in reality within Chow’s photographs.

All About Black and White

I was also curious about the whole show being black and white, so I asked. For Tang, being a charcoal artist, it is not surprising, but still, I wanted to know if black and white is enough for her. 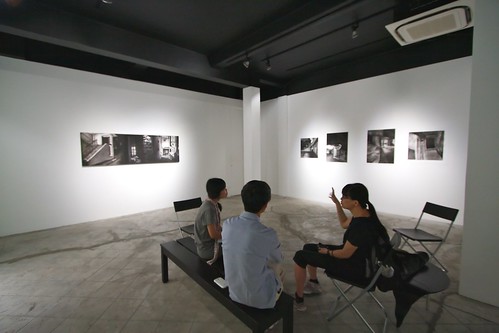 Reading the black and white with the artists

Chow told me that if he has to categorise his works, it would be Commissioned = Colour and Personal = Black and White. The answer is obvious – he loves black and white. To be more precise, he felt that black and white takes away any distractions for the viewer. As an experienced photographer, Chow always has a sketch in his mind as to how he wants his photograph to be. He visualises them in black and white, he checks the real scene and mentioned that if the black and white are not “visible” enough to be the focus of the piece, then it is not worth taking at all. That means the photographer has to be extra sensitive and careful in his decision to click that shot. In the digital-camera age, unwanted shots can be easily deleted; to be this concerned and firm about each decision to shoot is unusual. I salute and admire Chow’s professionalism.

For Tang, she has been living in a black and white world, surrounded by charcoal and more charcoal. She also feels that colour is a distraction as she is more inclined to create “drama” in her works, alike the Baroque style, just without the rich colours. As a responsible artist, Tang commented that it is her job to “sieve out the distraction for the viewer”, removing the distraction, so as to translate the focus and direction of the artwork.

The chit-chat went on, and I discovered that for a long time, Chow had thought that everyone’s dreams are in black and white. We all paused and thought about our dreams just the night before. 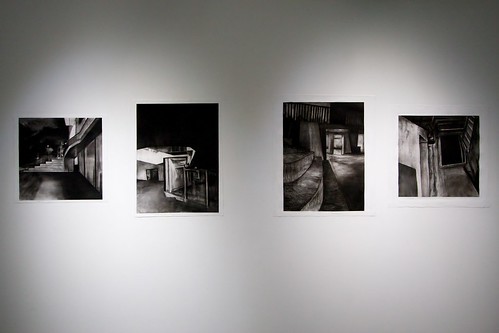 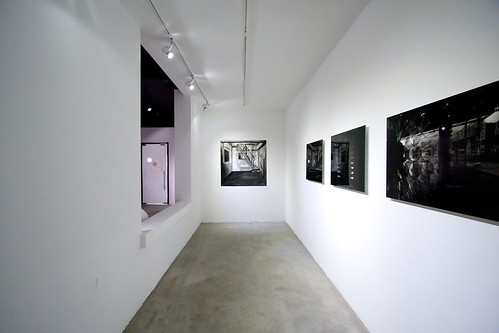 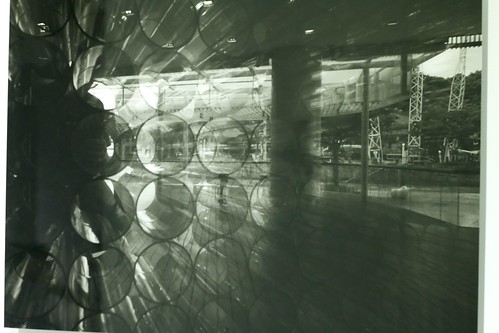 Before the chit-chat ended, I asked the artists about their hopes and wants for this show.

Chow hopes that the audience will not be disappointed and wants the audience to think that he has manipulated the photographs.

Tang hopes that the audience will wander through the space and wants the audience to deal with the unfamiliar familiarity.

Most importantly, both artists hope that all the artworks will be sold, and want the viewers to buy the artworks.

Both Chow and Tang have six works each on display during the exhibition. Interested audience members may view the other six works on request. 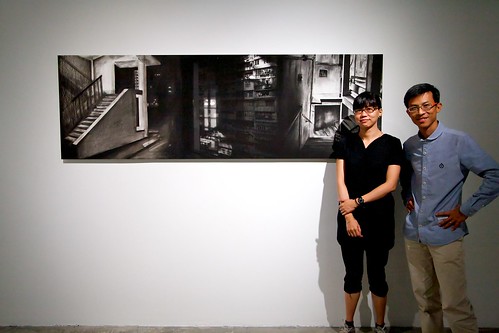 More photographs can be viewed at here.

Chow and Tang will share about their personal journeys and artistic practices as well as their collaborative interaction in Void & Void Decks. They will also discuss how photography and drawing affects their approaches towards art-making. Contact The Private Museum for more details.