The finalists exhibition of the 3rd France + Singapore New Generation Artists 2011 fed our eyes and our brains.

The competition saw a healthy mix of new and young, versus the mature and experienced artists. And a contrast of traditional paintings, prints and sculptures competes with new medium of installations and digital video artworks. Winner of the FSNGA2011 group show will have a solo exhibition in Alliance Française de Singapour in 2012. 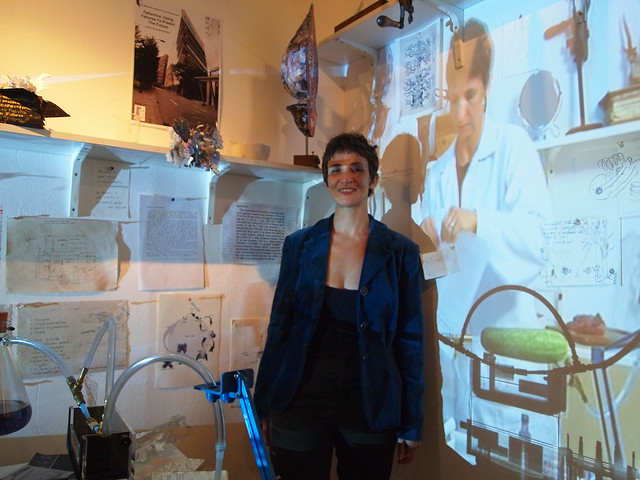 No scientists were harmed in the making of this art work, assures a poster in the art work, which looked like those you see at a science fair. Winner Ms Isabelle Desjeux was a scientist who became an artist. She used what were discarded from real failed science experiments and text from real rejection letters from science journals. How amusing! Ahh …, I am now inspired to do something with the printouts of my computer programs which never worked.

Guest of honour, Mr Olivier CARON, Ambassador Extraordinary and Plenipotentiary of France, described winner Ms Isabelle Desjeux’s works as a reminder that as human beings we must fail in order to succeed.

“Isabelle is able to find and to portray the beauty – and humour – that lie in failures :
_ I would like to imagine that all of us, human beings, are the outcome of a failure : a few million years ago, an unfortunate monkey fell to the ground and failed to climb back up on his tree. He had to learn quickly how to walk on his back legs in order to escape from the sarcastic remarks of his fellow monkeys. ” by Mr Olivier CARON, Ambassador Extraordinary and Plenipotentiary of France 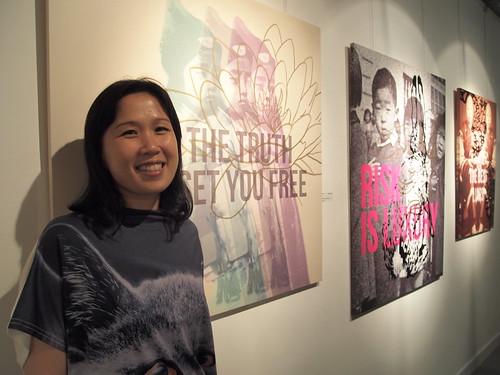 Ponder over the slogan-like text. With the images, they are social commentaries. Honorary Mention Ms Lydia Wong subtly included Asian auspicious symbols without causing her art works to look tacky. How clever!

“Lydia, a statement on one of your paintings exhibited here, “Risk is a luxury”, makes me think that if risk is a luxury, it is a necessary luxury. You, artists, must take risks to create. ” by Mr Olivier CARON, Ambassador Extraordinary and Plenipotentiary of France 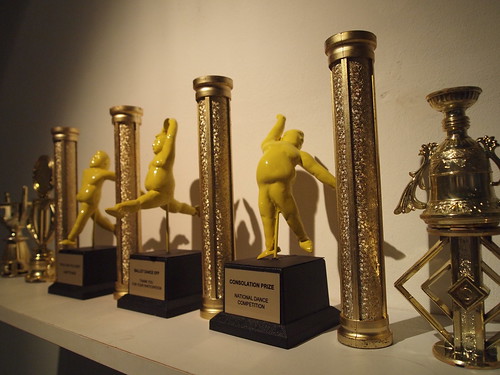 Trophies with non-lean figures? No, no, these were not the prizes for the finalists.
Installation by Chen Kerui Kray 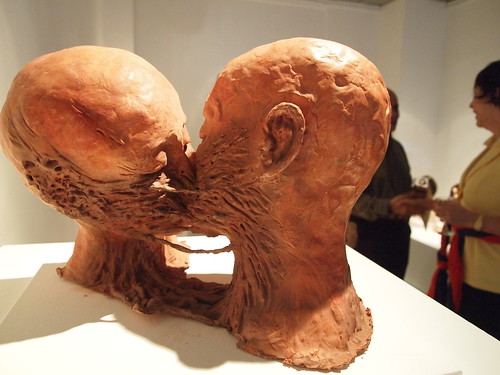 Whether you see this as passionate or provocative, you would look again.
Sculpture by Kelton Ching 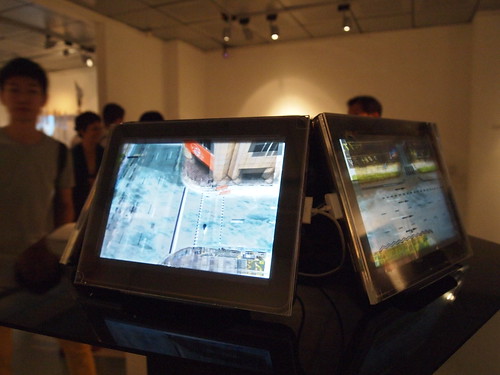 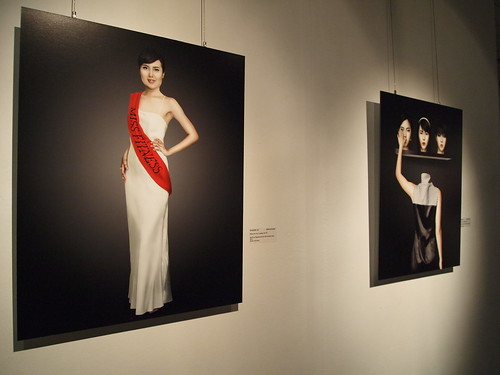 You have to examine her teeth.
Artworks by Wahleane Lin

We look forward to Isabelle Desjeux’s a solo exhibition in Alliance Française de Singapour in 2012.

The quotes were from Ambassador Extraordinary and Plenipotentiary of France Mr Olivier CARON’s speeches of the 3rd France + Singapore New Generation Artists 2011. You might want to read his full speech.