Following a highly successful return of the Singapore International Film Festival (SGIFF) last year, the 26th edition of SGIFF is set to provide festival goers with an insight into the region’s stories and the art of filmmaking through more than 150 film screenings and public programmes. 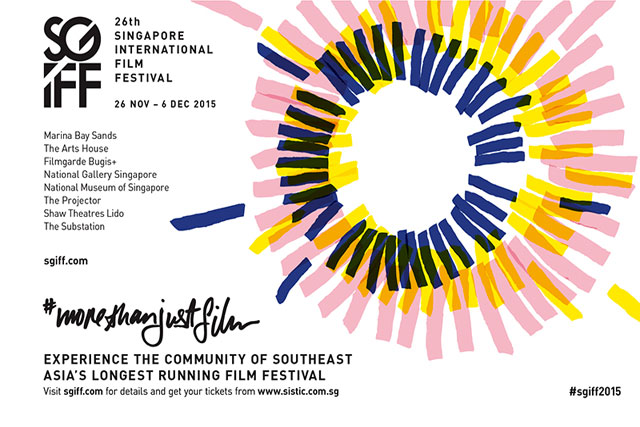 The Heartbeat of Asian Independent Cinema
As the longest-running international film platform of Southeast Asia, SGIFF thrives as a gathering of the region’s independent filmmaking talents to showcase their works to Asia and beyond. It is also a platform for them to engage in conversations and ultimately contribute to the growth of this industry.

This year, SGIFF will present 146 feature and short films from 51 countries, across 11 sections – Opening, Special Presentation, Silver Screen Awards, Singapore Panorama, Asian Vision, Cinema Today, Spotlight on Mexican Cinema, Imagine, Classics, Between Visible and Invisible: Alternative Vision of Chinese Independent Documentary and Tribute to Mohsen Makhmalbaf – showcasing the region’s story in film. This includes the international premiere of SGIFF’s opening film at Marina Bay Sands, Panay, which tells the life and predicaments faced by Taiwan’s indigenous communities on land rights; Thai filmmaker Apichatpong Weerasethakul’s Cemetery of Splendour, which juxtaposes Thailand’s violent past against quirky everyday activities seen through the eyes of an aging woman; and Singapore’s multi-disciplinary artist Ng Xi Jie’s world premiere of her first feature film, Singapore Minstrel, which offers a glimpse into the art of busking in the metropolitan city through featuring Roy Payamal, a stalwart of Singapore’s busking scene.

SGIFF will also cast a spotlight on Mexican cinema in its Cinema Today section, looking into the fast-changing perspectives of world cinema, which plays a part in influencing the art in Asia. Mexican cinema, in particular, has been on the world map with a steady slew of diverse productions each year, and a series of recent Oscar wins for directors such as Alfonso Cuarón and Alejandro González Iñárritu. Through a panel discussion and presentation of recent films by four emerging Mexican directors, the SGIFF will Page 3 of 13 bring to Asia an insight into the brilliant aesthetics and talents brought forth by one of the most prolific film industries in Latin America.

Another special programme this year is the Between Visible and Invisible: Alternative Vision of Chinese Independent Documentary section, which gives depth to Asian cinema. These contemporary independent documentaries stem from the lineage of retaliation to state-controlled media guidelines in the late 1980s. Audiences will be able to observe how these underground filmmakers confront reality with a bare and direct observational style, and through the voice of the minorities, provide alternative and microcosmic views of China to the world.

SGIFF Festival Director, Zhang Wenjie, shared, “We are now at the crossroads of a very exciting time for independent cinema and SGIFF meets the growing demand by bringing together a rich mix of filmmakers and showcasing their works. The Festival’s film line-up was carefully curated from over 1,400 submissions received this year. Each film is significant in its cinematic presentation, and inspires with its rich perspective. But when put together in an ensemble, they also reflect the relevance of the festival in giving a voice to these independent storytellers, while identifying fresh approaches and innovation in the filmmaking industry.” 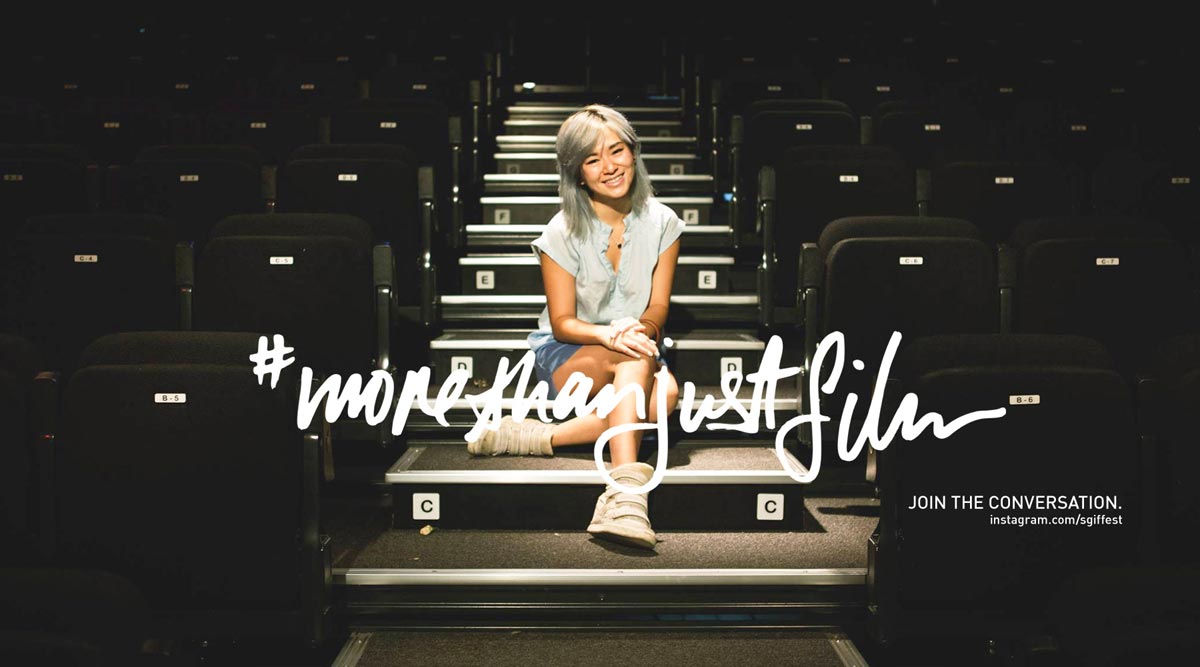 More Than Just Films
Staying true to its mission, SGIFF will continue to connect industry players and festival goers, facilitate conversations on filmmaking and foster greater appreciation towards independent cinema. Last year, SGIFF launched new initiatives, Southeast Asian Film Lab, Youth Jury & Critics Programme and introduced the Southeast Asian Short Film category in its Silver Screen Awards to forecast and nurture the next generation of film community. This year, SGIFF will introduce a new Audience Choice Award in recognition of the growing desire by festival goers for greater involvement. Audiences can now vote for their favourite feature film from the various sections, including the Asian Feature Film Competition Films as part of Silver Screen Awards. The winning Audience Choice film will be announced during the Silver Screen Awards, to be held at Marina Bay Sands on 5 December 2015, and re-screened together with the Best Asian Film on the last day of the Festival, replacing the closing film.

In addition, SGIFF will continue to provide festival goers with the opportunity to learn first-hand from the directors-in-attendance and guest filmmakers such as Terence Chang, Apichatpong Weerasethakul and Mohsen Makhmalbaf as they share their experiences and insights at various masterclasses and talks.

Find their thoughts and responses here.

A Thriving Film Ecosystem
SGIFF Executive Director, Yuni Hadi, said, “The core of a film festival is the community. The SGIFF has grown hand in hand with the local, regional and wider film community over the past 25 editions, taking on various roles such as providing the platform for filmmakers to reach out, have their voices heard and be recognised, nurturing the next generation of film community and inspiring the discovery of independent cinema. It is timely that we now also take on the role of a facilitator in encouraging our film-loving audience to play a more active role in their festival experience, be it to vote for their favourite feature film or join in the discussions with our directors and filmmakers. We look forward to a more diverse voice, generation of new ideas and a synergistic effort by the community to bring SGIFF and its independent spirit forward.”

The success of SGIFF is largely due to the strong support from a community of sponsors who strongly believe in nurturing film talent and celebrates the discovery of independent cinema. SGIFF is an event of the Singapore Media Festival, hosted by the Media Development Authority (Singapore) and officially sponsored by Marina Bay Sands (Presenting Sponsor) and IWC Schaffhausen (Official Festival Time Partner). “We are happy to have SGIFF on board again for the second edition of the Singapore Media Festival, which brings together more than 17,000 media professionals and members of the public through five constituent events. As Southeast Asia’s leading film festival, the SGIFF celebrates the best of independent cinema and plays an important role to develop a wider audience for great films from our region,” said Angeline Poh, MDA’s Assistant Chief Executive Officer (Industry Group).

Mr George Tanasijevich, President and Chief Executive Officer of Marina Bay Sands, said: “Since we opened in 2010, Marina Bay Sands has been actively championing the arts. This year, we are honoured to return as presenting sponsor and venue host for the Singapore International Film Festival. We are committed to the local arts and film community as they grow from strength to strength.”

“We are pleased to be the Official Festival Time Partner of the 26th edition of the SGIFF. This collaboration is in line with IWC’s long-standing commitment and passion for filmmaking, which has taken the brand all over the globe for some years now. IWC and SGIFF share a common vision to honour filmmaking legends, as well as recognize future independent talents in the region. The parallels between watchmaking and filmmaking are distinct as both art-forms narrate stories that leave a cultural imprint on society. Passion and craftsmanship are iconic elements that will always link haute horlogerie and the world of filmmaking,” said Managing Director of IWC South East Asia, Matthieu Dupont.

Running from 26 November to 6 December 2015, the 26th edition of SGIFF will take place across various venues, including Marina Bay Sands, which returns this year as Presenting Sponsor. The other screening venues are National Museum of Singapore, Shaw Theatres Lido, National Gallery Singapore, The Arts House, The Projector and The Substation. Ticket sales for SGIFF will begin on 21 October 2015. 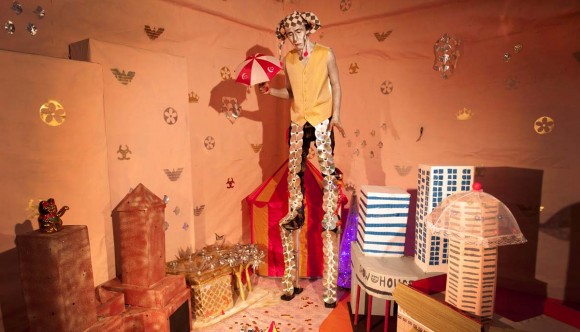 Singapore Panorama
Singapore Panorama is one of the most anticipated and talked about sections of the Festival, enjoying sold-out screenings and extended post-show discussions with the directors in attendance. Introduced in 2008 as a platform for the newest local films, Singapore Panorama has its finger on the pulse of the latest and most exciting developments in Singapore Cinema.