Art Plural Gallery presenta Assemblage, a solo exhibition of Korean artist Chun Kwang Young. Featuring 22 of his latest works, from 29 May to 27 July 2013. 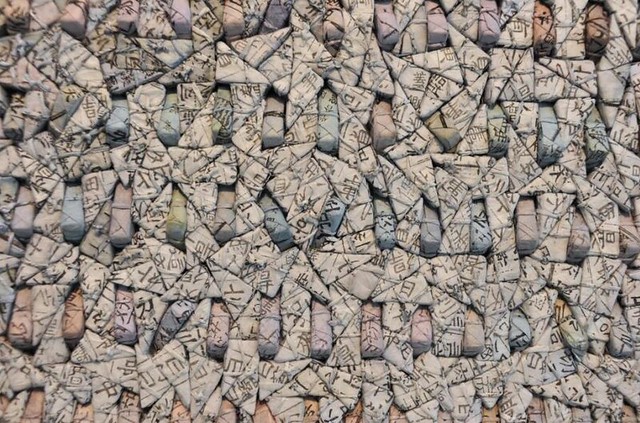 The birth of Aggregations in 1995 marked a seminal moment for Chun Kwang Young. Brought up traditionally in rural Korea before relocating to Philadelphia to pursue his Masters in Fine Art, the culture shock he experienced left an indelible mark. The harsh realities of being in a country rife with capitalism and materialism collided with his traditional Asian humanistic views and ideas. The loss of this idealism spurred him into developing his own artistic language: A melding of the western aesthetics from Abstract Expressionism with the traditional Korean hanji mulberry paper.

Mulberry paper is considered to be the essence of Korean culture, used as wrapping for food and herbs, and as floor and window covers. Chun has scoured old books, some of which are around a hundred years old and of varied genres from literature and philosophy to politics and religion as source material for his assemblages. But the little triangular packages in his works hold only Styrofoam. Therein lays one of the many dichotomies that fill Chun’s oeuvre: The meaning of the text assumes no relation to the contents it encases. Hollowness disguised by language. 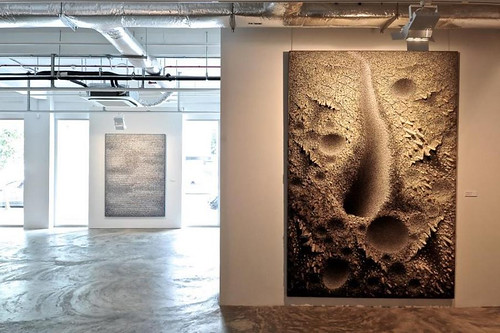 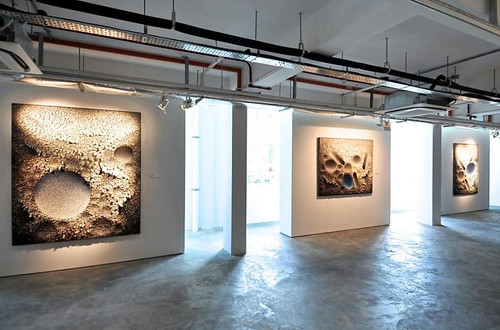 Thus Chun imbues his assemblages with his juxtapositions. The individual pieces are light but the assembled work is heavy with meaning. Each discrete structure is delicately and intricately moulded but once put together the whole becomes greater than the sum of its parts. And his play on shadow and light: The pock marked lunar topography of his vast canvases seem like a metaphor of the human condition.

The craters akin to the scars created by the collision of meteors allude to conflict: Between individuals and countries, and of man’s exploitation of nature. The tension and confrontation is evident in the methodical placement of every triangular parcel, each tightly pressed up against the other. Seemingly a manifestation of some bizarre obsessive, compulsive behaviour, the struggle in Chun’s work ultimately represents contradiction seeking resolution. 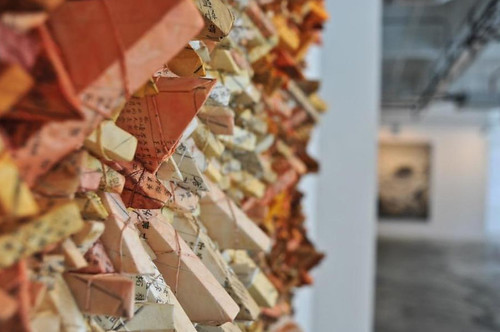 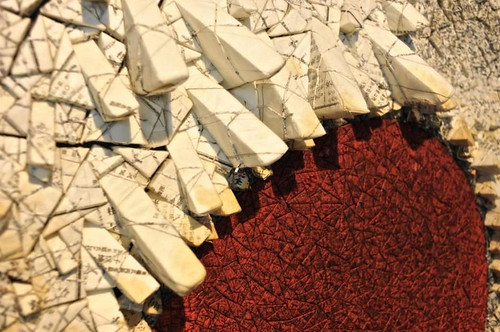 Assemblage, a solo exhibition featuring 22 of his latest works will run to 27 July 2013.