Most young Singaporeans have never experienced hunger nor poverty. However, during the war, food rationed and eaten were lean and health, and are now considered as “organic food”. Eat to Live: Wartime Recipes. is a six-part DVD series explores the struggles and experiences of those who lived through the food-scarce Japanese Occupation from 1942 to 1945. 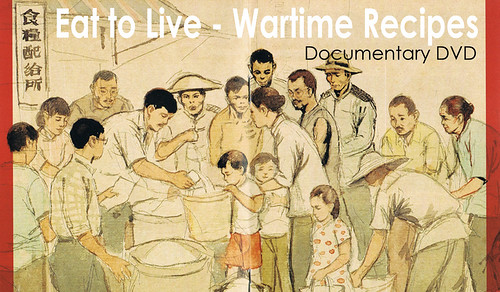 The National Museum of Singapore offers Singaporeans food for thought with a new documentary, Eat to Live: Wartime Recipes. Inspired by the book Wartime Kitchens: Food and Eating in Singapore, 1942 – 1950 (2009), the six-part DVD series explores the struggles and experiences of those who lived through the food-scarce Japanese Occupation from 1942 to 1945. The documentary provides a window into food consumption during those turbulent years, telling stories of resilience through commentaries, archived photographs, and first-hand personal accounts.

Commissioned by the National Museum of Singapore and produced by filmmakers Gözde and Russel Zehnder from locally-based Freestate Productions, Eat to Live: Wartime Recipes forms a tapestry of the food-scarce days when Singapore was known as Syonan-To. It tells of the ingenuity and adaptability demonstrated in the face of hunger, and celebrates the lives of the generation that lived through the Occupation. The documentary also features demonstrations of wartime recipes by renowned local writer and food consultant, Christopher Tan.

The production of this documentary has Gözde and Russel Zehnder talked and interviewed many individuals who have lived through the occupation, as well as experts and scholars who helped to provide archived photographs, information and stories. The stories were told by these individuals, in their own voice, language, and memories. 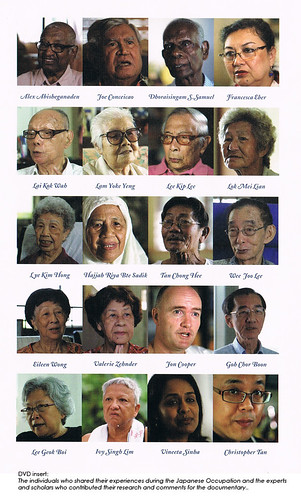 Audiences were treated to the first two episodes at the preview and I am glad to have attended it to share this wonderful production. The stories told are sincere, though not all parts are easy to digest as it dwells into factual issues that have happened, pain that the families and friends have gone through during that period. The editing is nicely crafted, to engage, intrigue and connect the viewers. Even though the focus is on the food that people have to eat during those times, we hear and understand better about the hardships, difficulties that many of the younger generations would not know or learn about from their textbooks. I also like the way how the documentary has introduced and shown respect to the recipes. The stories told by the individuals lead to the reason for that particular dish to be created. This is followed by the demonstration of preparation of the dish by Christopher Tan. The demonstration is simple, with Tan’s clear and easy-to-follow instructions, accompanied by his occasional explanation of how and why people have cooked the dish the way it is during the wartime. It is not just about how it taste, but how it has sustained the human lives. 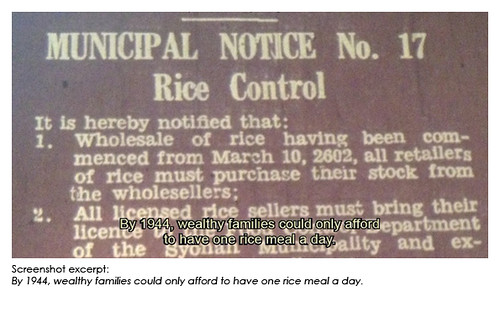 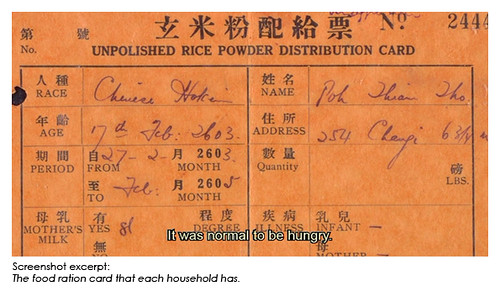 One of the experts, Vineeta Sinha (Deputy Head of the Department of Sociology and the Head of the Department of South Asian Studies at the National University of Singapore) mentioned in one part of the documentary that, “despite the scarcity of food supplies during those times, people’s diet is ironically a healthy one – with home-grown vegetables and fruits, low in fat, sugar, salt and consist very little meat – people then were eating what we called ‘organic food’ now.” 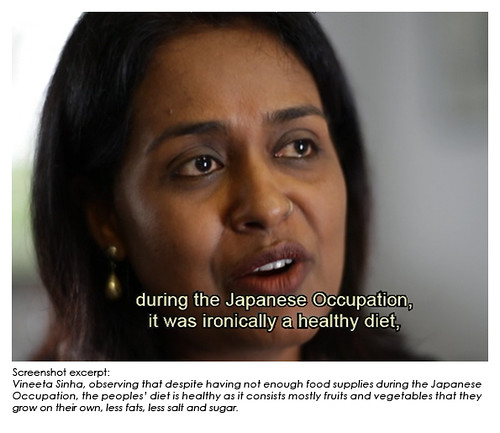 The documentaries brought deeper insights to what we eat to survive, to live, or just for pleasure. Food is indeed, the true connection one may have with his roots, his home, his soul.

Building beautiful houses on the limited land we have, merely provide a roof over our head, and in many cases, we do not own the house in Singapore. Growing a seed that may become food for our survival on the limited land, may instead, encourages, and creates an opportunity of self-sustainability for many of us. 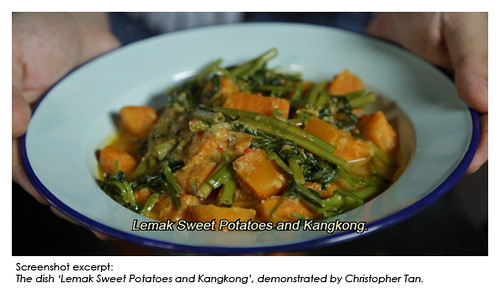 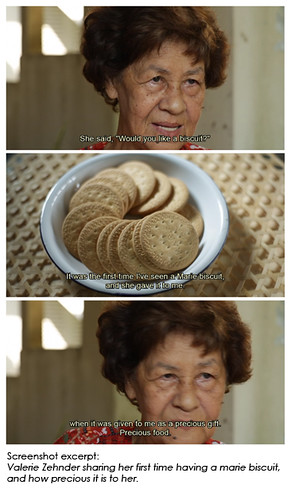 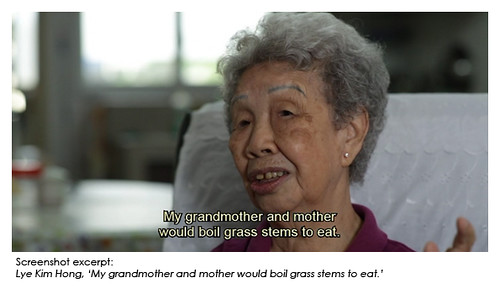 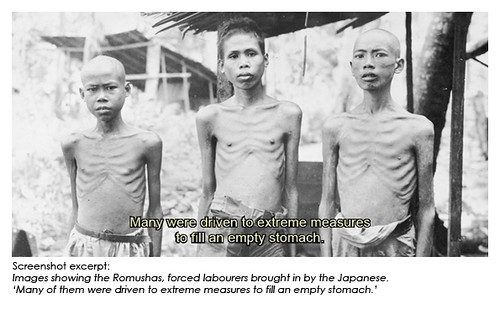 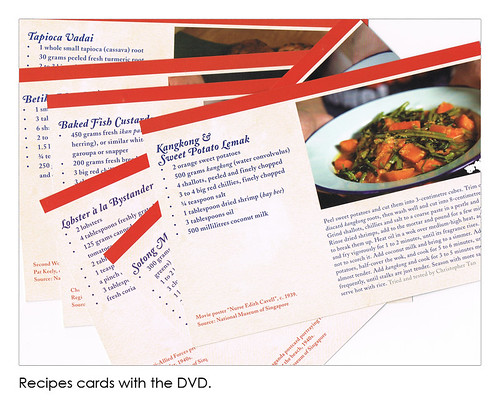 The six episodes are:

1. Food as Power and Control

2. Living off the Land

5. Food of the imagination

The six recipes are:

Gözde Zehnder and Russel Zehnder have been making short films together since 1997. They have an extensive track record of travel, youth, lifestyle, fashion and arts related projects under freestate productions – a stable space for the exchange of ideas, images and vision. Since 2007 they have extended their focus on documentary work mostly related to history, art, architecture and heritage.

The Eat to Live: Wartime Recipes DVD is distributed by Objectifs Films and retails at the National Museum of Singapore at $20.

Written and photographed by Karen Mitchell

Screenshots taken from the DVD, edited by Karen Mitchell