Kuala Lumpur City Hall (DBKL) has demolished the 'Puncak Purnama' ('Lunar Peaks') sculpture on Jalan Sultan Sulaiman created by late National Laureate Datuk Syed Ahmad Jamal, and the local art community is not happy. According to The Star, the DBKL sign board on site stated that the demolition was part of the rejuvenation works on the landscape, which was described as 'lifeless'. 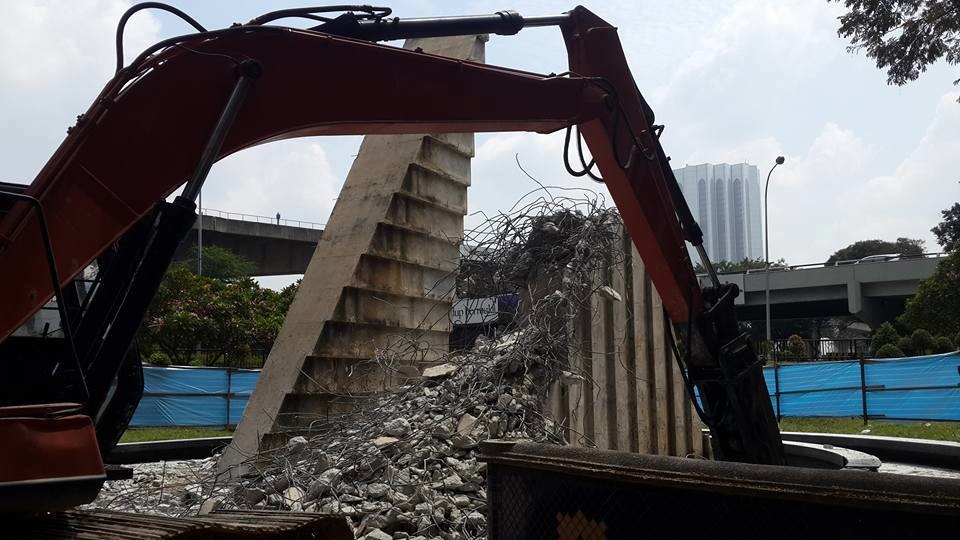 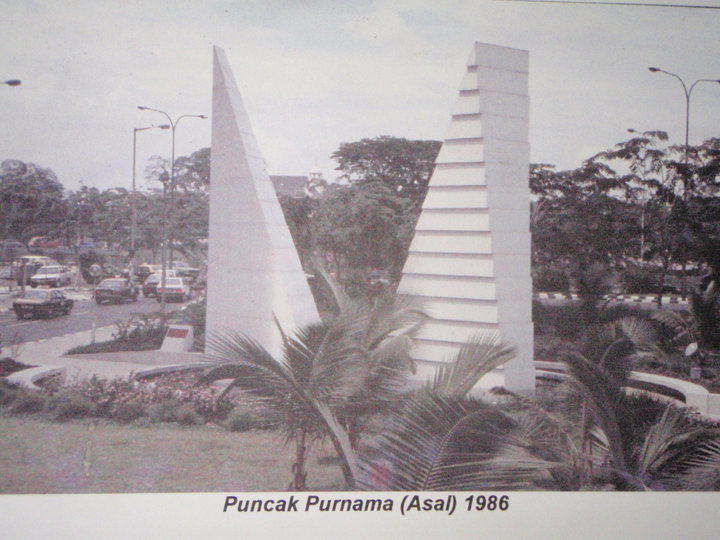 Meanwhile, a report by The Malay Mail Online quoted Federal Territories Minister Datuk Seri Tengku Adnan Mansor, who claimed that DBKL had received ‘complaints against the sculpture from the public.’ He went on to explain that demolition was the ‘best option’ in this case as the sculpture was ‘becoming an eyesore and we did not want it to be bothersome to people.’

The local art community has since expressed its disagreement towards the sudden demolition. Balai Seni Visual Negara hosted a press conference today to bring the issue to light. Chairman of the gallery Dato’ Mahadzir Lokman said that they are aggrieved as DBKL could have asked them or any of the other art galleries and institutions for input. As it’s now too late to do anything about it (‘nasi sudah menjadi bubur’), the chairman emphasised that it’s important this does not happen again in future.

Datuk Syed Ahmad’s wife Datin Hamidah and son Syed Nabil were also present at the press conference. Syed Nabil mentioned that the demolition was done in a way that it was almost impossible for anyone to formally protest against it. Apparently, the family was not informed by anyone from DBKL about the demolition and only found out through Facebook.

This is not the first time that the sculpture was thrown into the spotlight. In 2010, Datuk Syed Ahmad sued DBKL for altering it without permission and won the case. The sculpture, commissioned by United Malayan Banking Corporation Finance, was originally made from ceramic glass. It was altered during renovation efforts by DBKL when they changed the material to stainless steel without the artist’s consent. Fun fact: Ceramic glass is also the same material used by NASA to make spaceships. It was used for ‘Puncak Purnama’ for symbolic reasons.