Esplanade – Theatres on the Bay invites everyone to Our Esplanade Estate to celebrate Singapore’s 51st birthday during its National Day Celebrations from 7 – 9 August 2016.

With the National Day Parade returning to the National Stadium after 10 years, Esplanade will create its very own mini parade at this three-day festival to add excitement to the celebrations. Entitled Spirit of the Parade, the mini parade features heart-thumping beats and sonorous bagpipes of the Singapore Women Police Pipes and Drums at the Esplanade Courtyard and a spectacular formation display comprising a drumline and dancing Colour Guards by award-winning, 70-member Deyi Military Band at the Esplanade Forecourt Garden. 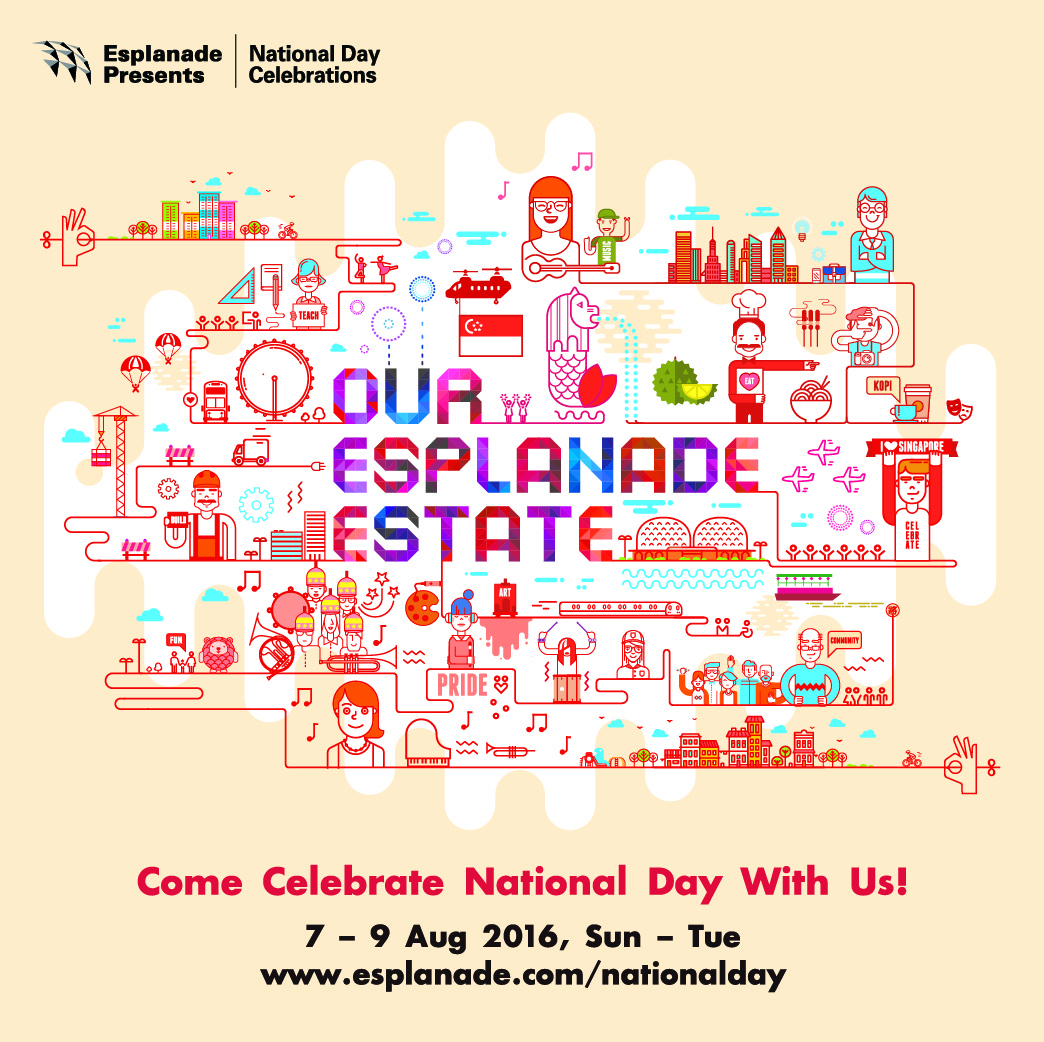 To encourage everyone to be involved in the celebrations, members of the public will also be able to help build larger-than-life Esplanade-inspired sculptures under the guidance of cardboard sculptor Bartholomew Ting at the Esplanade Concourse. As shopping and eating are amongst the top pastimes of Singaporeans, another big draw will be the Festival Village along the Esplanade Waterfront, the biggest ever outdoor bazaar at Esplanade which will feature over 50 stalls selling locally-produced artisanal goods and delicious treats!

We are also partnering the Urban Sketchers for a special edition of National Day Sketchwalk at Esplanade as well as a sketching workshop conducted by one of the sketcher on 9 Aug. what’s best is that all of these programmes are free!