15 artists, 6 homes and 1 temple and some shady back alley. Oh! Open House is going to occupy Tiong Bahru this weekend.

The year-long wait to enter a bunch of stranger’s house and poke through their items and art collections is back! Just kidding!! I meant the annual arts walkabout in the heartland is back. Fifteen artists, six homes and one temple and some shady back alley. Oh! Open House is going to occupy Tiong Bahru for two weekends, and Artitute had a sneak peek. 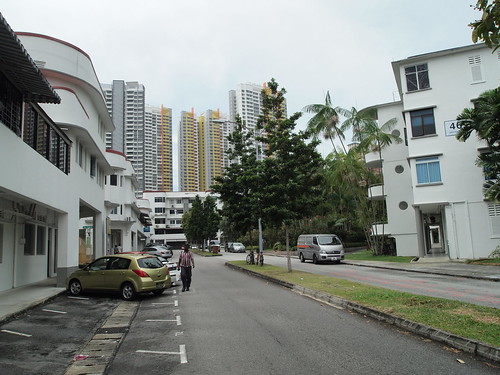 Into its third year, the arts walkabout brings visitors to Singapore’s most eclectic neighbourhood, Tiong Bahru. With its unique art deco architecture and laid back rustic atmosphere, having the third OH! Open House at Tiong Bahru was the ideal choice for the organiser as blending contemporary art with every day is just like living in this lovely estate.

Tiong Bahru used to be a popular meeting place for birds owners to gather together and show off their pet bird’s singing skills over coffee and tea. Many birds singing competitions were held at Tiong Bahru, but it has been replaced by The Link Hotel. 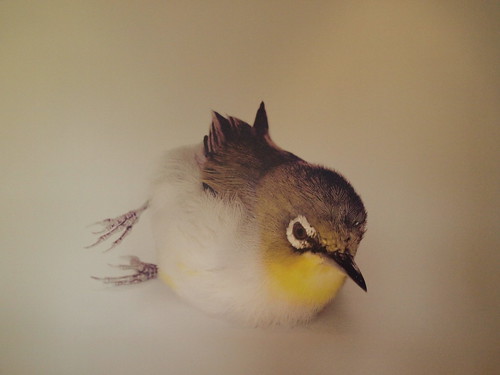 On that note (pun not intended), over in a swanky Singapore Improvement Trust (SIT) home, artist Zhao Renhui’s artwork reminds us of the dying culture that used to be part of the buzzing life of Tiong Bahru. The blown-up photography of a sleeping mata puteh, a popular singing bird, symbolises the almost lifeless culture of Tiong Bahru as the estate is slowly being engulfed by modern trendy shops and young western cultures. 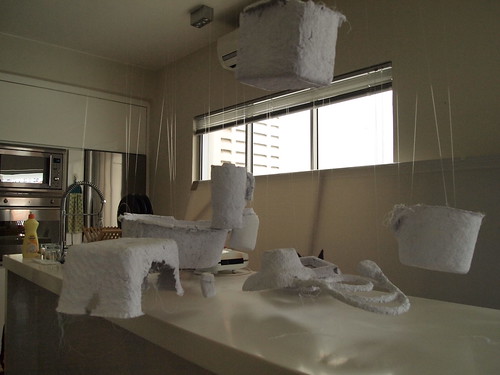 Within the same home exhibits Cindy Salim’s installation. Pure white and fragile looking paper mache objects shaped like everyday items suspend over the kitchen island. Objects such as pails and stools highlight the everyday mundane objects into a different light. Looking like a faint shadow from afar, the installation creates a sense of absence and present. The young artist is doing her level three Bachelor of Arts programme at LaSalle College of the Arts.

As we trouped over to the next home, our guide gave us some history of Tiong Bahru. It is one of the oldest housing estates in Singapore. It was first built in the 1930s by the Singapore Improvement Trust (SIT), a government body administered by the British colonial authority, to provide for mass public housing in Singapore. And just the opposite, the estates built by the Housing Development Board (HDB) in the 1950s and 1960s were practical and boring with an almost two-dimensional “matchbox” style. 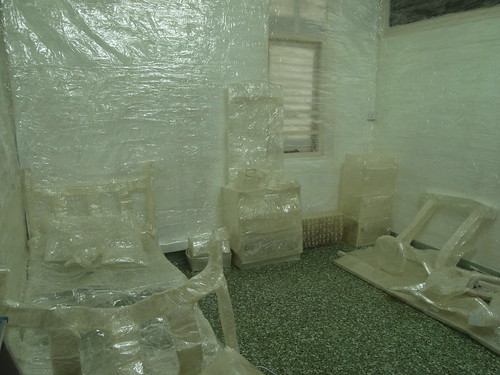 In almost stark contrast to the earlier home we saw, the interior decor of the box-like second home was a throwback to the 70s. Not forgetting the artwork, the home features work by installation artist, Jying Tan. As we entered, she was doing the finishing touches of her “furniture” in a room filled with various furniture made of cling wraps and scotch tapes. She was creating a ghostly and fragile impression. Jying’s artwork was influenced by her many home moving experiences. It caused her to feel the lack of security and a sense of belonging from the constant move. Many of the objects were made from her own furniture and belongings, such as her bed which she has been using since she was a child and even a soft toy, given by someone special. 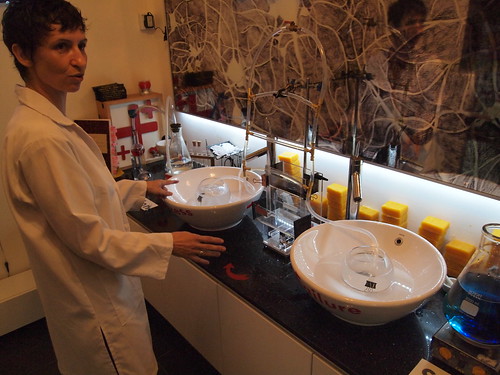 Over at the last home for our preview, we headed back to one of the SIT apartments. Many people will be surprised by a science laboratory that awaits you in its toilet instead of a painting or sculpture. Created by Isabella Desjeux, who is a real-life monocular scientist, her installation piece is about managing waste. Aptly placed in the lavatory, the laboratory showcase her many failures from her experiments. It is to remind the audience that only through failure, you will see success and results. And with waste that produces life, Isabella created another experiment by trying to grow sprouts from old magazines. 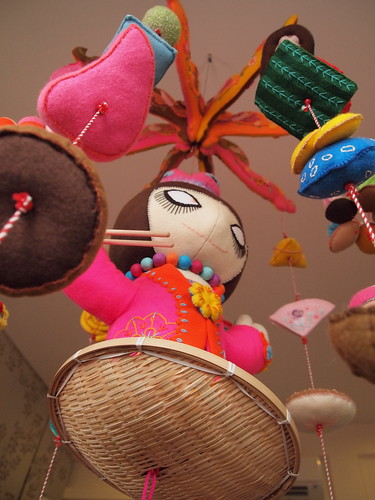 In another room, a whimsical mobile dangled by the window. Made from plush and felt, Tye Sok Kuan created traditional Singapore food objects such as Ang Ku Kueh and Butterfly Kueh. Sok Kuan is a well-known freelance illustrator known for her alter-ego, Sophie Black. Sophie Black is also the centrepiece of the hanging mobile, flunked by the many delicious treats. The hanging mobile reminded me of colourful mobiles that hang over a child’s crib. I can almost imagine a playpen or bassinet in the room.

It was interesting to learn that the hosts of the homes for OH! Open House was a nice mix of Singaporeans and expatriates. It does show that art transcends beyond borders and a multicultural interest. Although the distances between each home which host the exhibitions are not very far apart, unlike last year at Marine Parade, do be prepared to work up some sweat and thigh muscles as you will be hiking up the stairs as there are no lifts in any of the buildings. It was a great but unexpected morning workout for us. 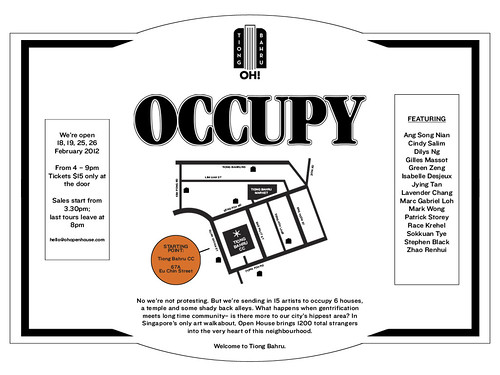 We will be catching the full OH! Open House this weekend and hope to see you there. Get the tickets at the door at the Tiong Bahru Community Centre at 67A Eu Chin Street. Tickets priced at $15 each. Tour starts from 4 – 9 pm on 18th, 19th, 25th and 26th February.