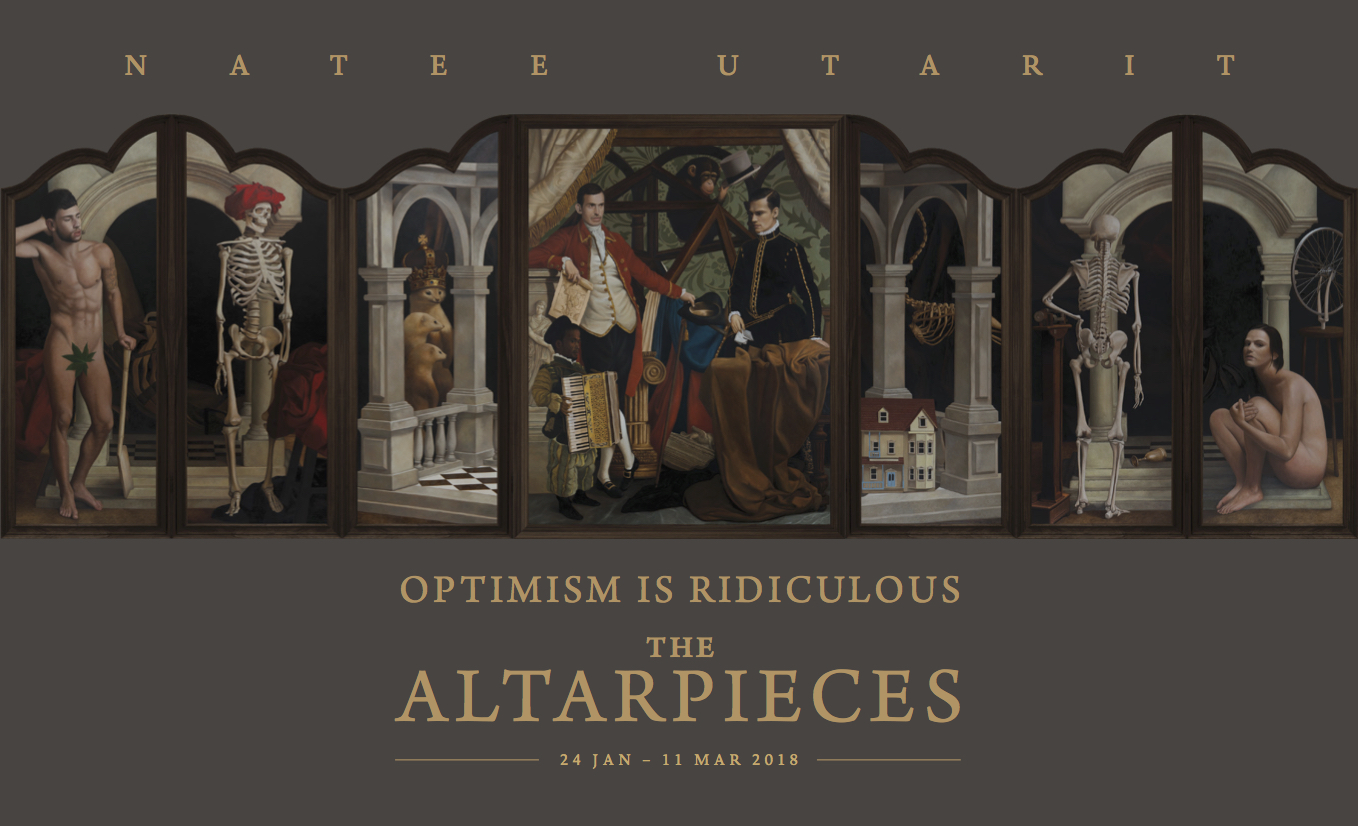 The exhibition features a selection of 7 artworks from the artist’s Optimism is Ridiculous: The Altarpieces series, which began in 2012 and has been featured in various galleries in Asia. Consisting of a total of 12 works, these works are composed of multiple panels forming a diptych, triptych, or polyptych, following the tradition of classical religious paintings with elaborate frames and settings.

After its debut at Ayala Museum in February 2017 and its second stop at National Gallery of Indonesia in October 2017, the travelling exhibition finds a third new home in the intimate space of The Private Museum. 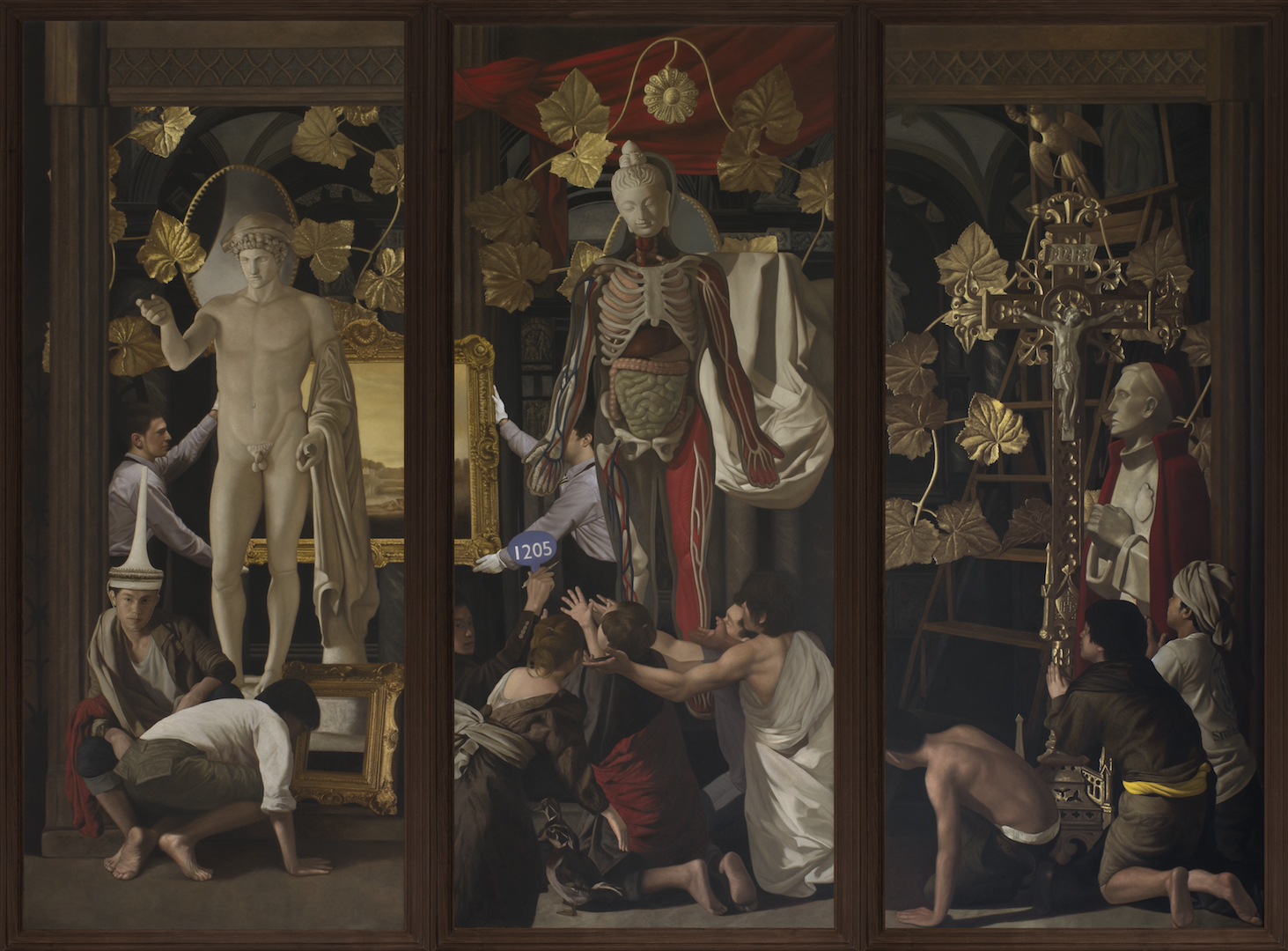