Brownhill Consultancy presents the Incursion Trio's "Tchaikovsky & Arensky," a Tuesday evening concert at the Esplanade Recital Studio. Escape the summer heat of Singapore and take on a breathtaking journey to the summit of Russian romanticism with this passionate program. 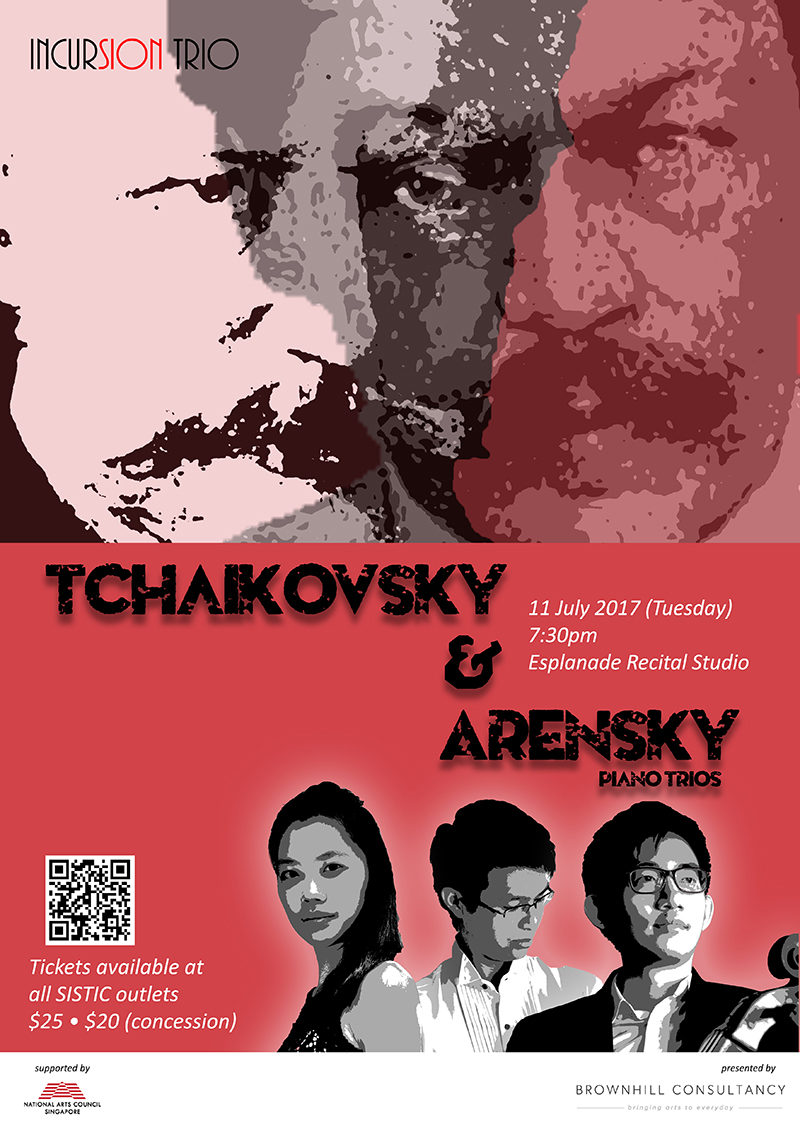 Written in 1881-1882 and 1894 respectively, the piano trios by Tchaikovsky and Arensky reflect the era’s refined melancholia and tumultuous passion.

Tchaikovsky’s Piano Trio in A minor op. 50, subtitled “In Memory of a Great Artist”, was dedicated to the composer’s close friend, the virtuoso pianist Nikolai Rubinstein. Considered the most difficult piano piece Tchaikovsky has ever written, it became the composer’s own elegy later in 1893, being played at the memorial services in Moscow and St Petersburg.

Tchaikovsky’s friendship and music had a significant influence on Arensky’s composition. The former’s epic piano trio had impressed the latter to a great extent and in 1894 Arensky also wrote a trio in memory of a remarkable musician. Arensky dedicated his Piano Trio No. 1 in D minor Op. 32 to Karl Davydov, a friend that Tchaikovsky nicknamed the “Tsar of cellists”. Celebrating Davydov and his achievements, this suite shines a spotlight on the cello.

Formed in 2008, Incursion Trio has performed extensively in Singapore and overseas, interpreting a wide range of repertoire including German classic, Russian romantic, French modernist and Singaporean contemporary music. The exquisite rendition of this epic Russian program by the world-class Singaporean musicians Beatrice Lin(piano), Yi Li Siew(violin), and Juan Lin(cello) is sure to be a rare treat to the ears of the music loving public at the Esplanade.