Artitute caught up with New York based Singapore artist and photographer, John Clang, at the 2902 Gallery’s booth at the recent Art Stage in Singapore. And asked him about his latest works, “When I Say You Are Dreaming, So am I”. 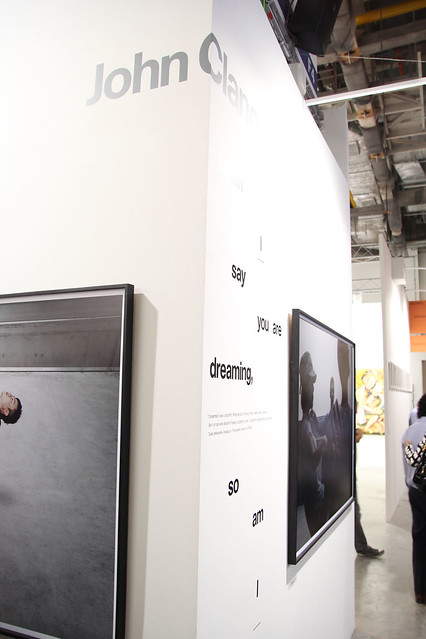 “When I Say You Are Dreaming, So am I” is a solo presentation by John Clang at Art Stage 2013, Booth B4-10PS. In this showcase, Clang explores the state of simultaneously being awake and dreaming , the tension between illusion and reality, and a resulting dialogue between differing visions and perspectives. While “Myth of the Flat Earth” examines the inescapable anxiety of wanting to stay ahead, “Twilight Dreams of a Papilio Demoleus” presents a surreal contemplation on the multiple possibilities arising from shifting perceptions in life.

The impression the series on display, gave me was of people drifting around in life between their daily life and their subconscious mind. It might hint at people being in a daze, going about their mundane life, and Clang told me the people in the images, each have their own story – Stories of people that want to break away from their life, the routine and seek their dream. 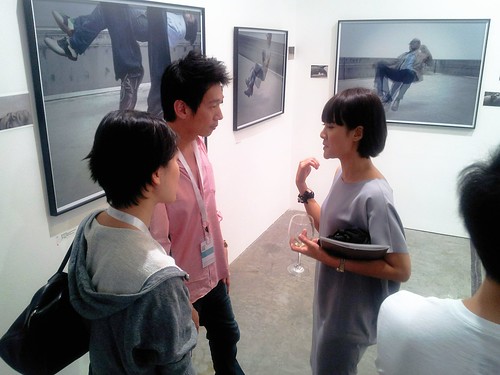 John Clang’s Artist statement of the series on display:

Using two cameras triggered in-synchronicity to capture one moment as a stereoscopic image, Twilight Dreams of a Papilio Demoleus delves into themes of personal identity, existence, and the twilight terrain they dwell in.

Partly inspired by Zhuang Zi’s 庄周梦蝶 (The Butterfly Dream), a classic philosophical investigation of personal identity and reality, I have chosen the Lime Butterfly (Papilio Demoleus) commonly found in Singapore to symbolise myself.

The ambivalence of twilight has always fascinated me, making me feel vulnerable and empowered in turns. To me, twilight is the pause in the rhythm of life as the day gradually winds down, thus opening up a private space to contemplate life and also to fret over the uncertainties of tomorrow. I want to capture that fleeting feeling through these images – a sense of hope in the midst of vulnerability.

As this stereoscopic process greatly heightens the precision in capturing a single static moment, it ‘freezes’ time, creating a pause in this twilight dreamscape within which the elusive butterfly flutters about freely, appearing only on one side of the diptych.

Through these images, I want to open up to the audience a space for contemplation; a pause where one can reflect upon this universal theme of personal existence and identity; and a sense of its fragile beauty within our mundane world. 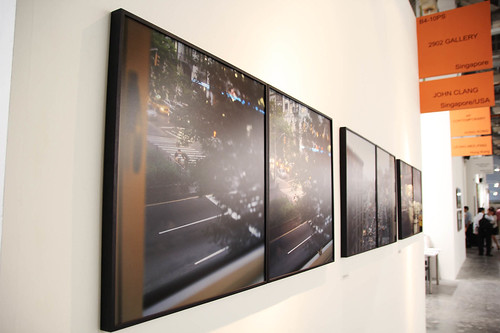 I had the privilege of interviewing Mr John Clang during the Art Stage Singapore Vernissage.

Weiteck: Mr Clang, I was informed that you were affected when Hurricane Sandy (2012) hits New York City. Having to deal with power shortage and other form of inaccessibility as the city deals with the aftermath.

Clang: Yes, it was most unfortunate.

Weiteck: How did you proceed on with your project(s), facing such hindrance? Did it delay or pause your work? How did you overcome it to get things done?

Clang: We were there when 9/11 happened…we overcame that, in fact the city overcame it. When you have projects, you made plans and always try to be prepared. That is life; you can’t stop just because of incidents popping up. You always have to push for the work to be finished.

Weiteck: Interesting works being showcased here. The images here are trying to shout out about the people featured in them. How do you draw inspirations, in creating your work?

Clang: I enjoy walking around the city and observe people, things as they happen. Let the human senses soak up what is happening around me. Observing is a very important aspect, so that you are able to understand the story behind images, people, & events. That helps when you create. I don’t carry my carmera or even take photo with my mobile phone, during my normal daily life. I enjoy being part of the environment I am in, and feel it.

Lastly, i asked John Clang what he thinks about the Outlook of the Fine Art Industry in Singapore, with the increase of international art events in Singapore. 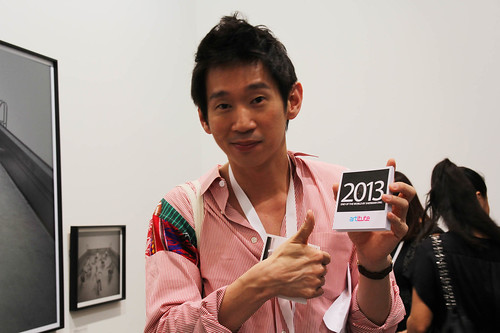 *The Artitute Team have a little gift for John Clang, since we have not catch up with him since mid 2012. We do look forward to more new works by Clang. 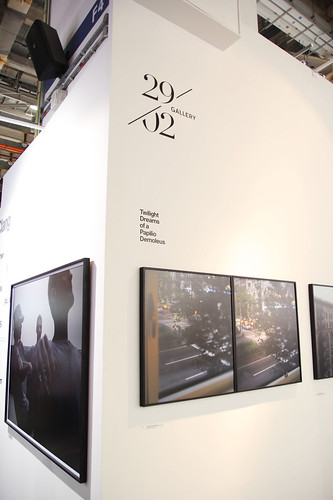