In 1987, 22 people were arrested by Singapore’s Internal Security Department, and accused of being involved in a Marxist conspiracy. 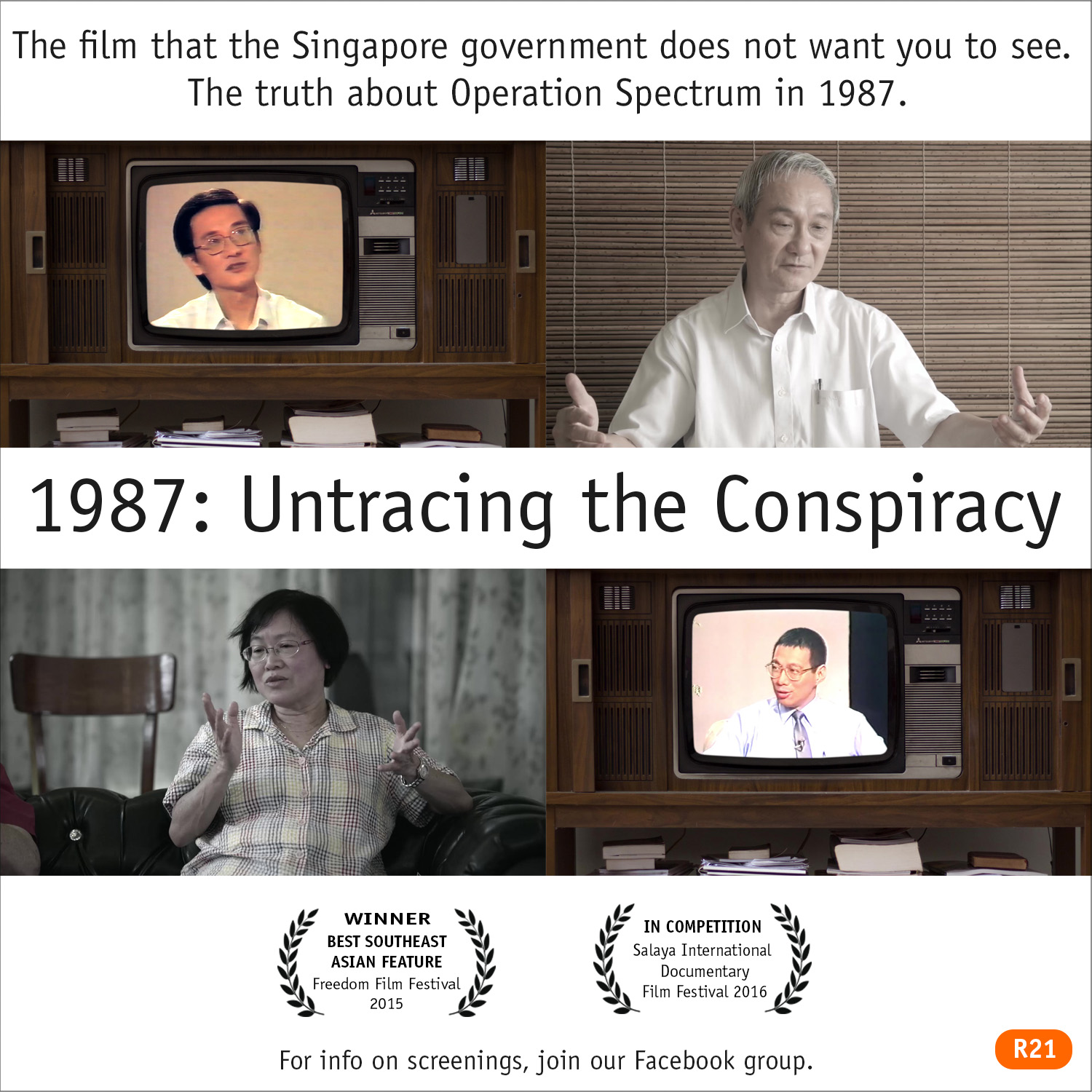 Featuring interviews with ex-detainees and political exiles, the film focuses on the first 30 days of their ordeal. The ex-detainees describe in detail the physical and psychological torture techniques used by their interrogators.

This ignoble history of the Internal Security Act is a damning indictment of how detention without trial is not just a special kind of law, but a suspension of law.

The film has been rated R21 by the Media Development Authority.
Screenings are scheduled at The Projector on Sat, 21st May, 2.30 pm and Wed, 1st June, 8 pm.

Updates on further screenings of the film.