As part of the M1 Singapore Fringe Festival, two artists are having the world premier of their artworks at the Ion Art Gallery from the 15th - 26th February. Kim Jong Phil by Phillip Toledano from the UK and Feng Shui by Munkao from Malaysia. 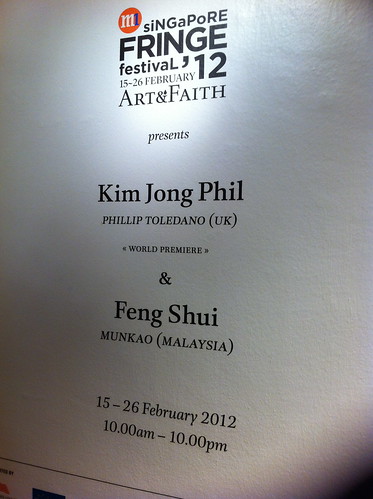 Keeping to the theme Art & Faith for this year’s Fringe Festival, both artist works have a message of faith on it’s own.

Faith (from the dictionary):
– belief that is not based on proof
– belief in God or in the doctrines or teachings of religion
– belief in anything, as a code of ethics, standards of merit, etc

Phillip Toledano’s artwork is about self-delusion, which is of course a form of faith in the intangible. In his series of paintings, Phillip presents his alter-ego, Kim Jong Phil, as a strong and popular leader of an Asian country. Donning in a traditional male Chinese uniform, Kim Jong Phil is seen in meetings with various followers in different settings. And in a single portrait of himself, there is a phrase that depict him as – The Great Teacher of Journalists. However, Kim Jong Phil doesn’t look anything Asian except for his uniform. 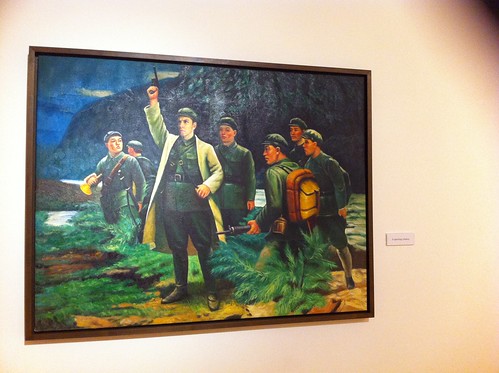 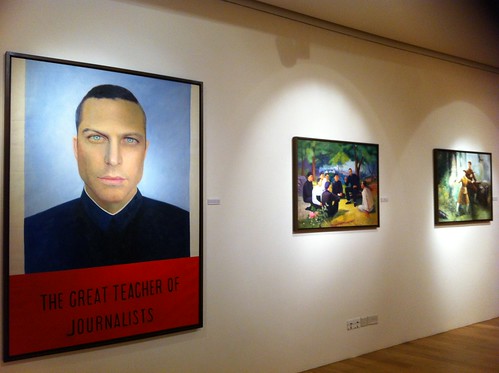 As mentioned in the dictionary, faith is also a form of belief, and for hundred of years many people have been believing in Feng Shui. Feng (风) Shui (水) is about the balance of energy in life and symbolism, and known as the metaphysical energy. Is is a faith that many business man or gamblers follows as they believe that certain symbols will help bring wealth and good luck to their business. 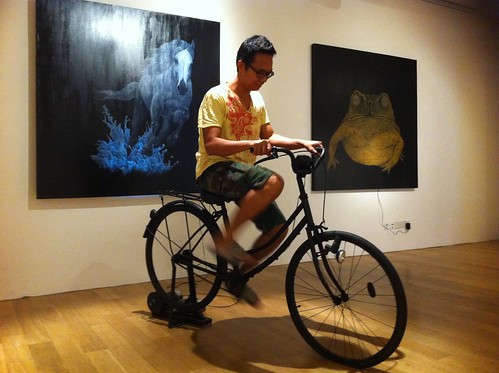 At Feng Sui by Munkao, visitors can find Feng Shui symbols such as the three legged toad, which symbolises the usering of weath, a horse, which symblosise strength and status, and mountains, which symbolises support. Hoever the exhibtion’s layout have been specially curated by a real Fenguishui master who adviced on the placements of the artworks to maximise the effect of Fen Shui. Visitors can also interact with the artworks by cycling the bicycle to “activate” the horse for good luck in your career. or get your winning 4D number at the interactive numeric display. 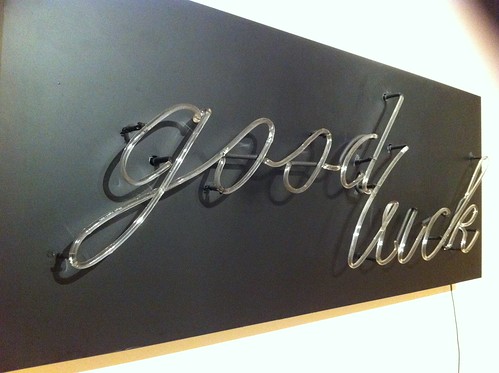 Catch Kim Jong Phil and Feng Shi at the Ion Art Gallery, Level 4 (behind the concerige counter) from the 15th to the 26th February. Free entry. Opening Hour: 10am – 10pm. More info at http://www.singaporefringe.com/fringe2012/