Amidst the innumerable happenings of the Singapore Art Week 2017, The Singapore Contemporary Art Show made an equally successful comeback after its smashing debut last year in January. Over 20,000 collectors flocked to the Suntec Singapore Convention And Exhibition Centre during the five-day period. This year’s show was much bigger and better in terms of its regional expanse as well as its ability to create a dialogue between contemporary art practices from across the world.

The 2nd edition of Singapore Contemporary opened on January 19 and remained on view until the end of the Singapore Art Week on January 22. Spread over 6,000 square meters of exhibition space, the show featured over 3,000 artworks from more than 90 exhibitors. This edition of Singapore Contemporary brought together galleries, museums and institutions from across the world – Japan, China, Singapore, United States of America, Taiwan, Vietnam, United Kingdom, Malaysia, Australia, South Korea, Pakistan, Brazil, Peru, India and Hong Kong – to celebrate, comment on and collectively create a contemporary art space. From the aggressive search for identity to the use of the everyday as an art-making material, every element of contemporary art was present in several different forms, media and methods. 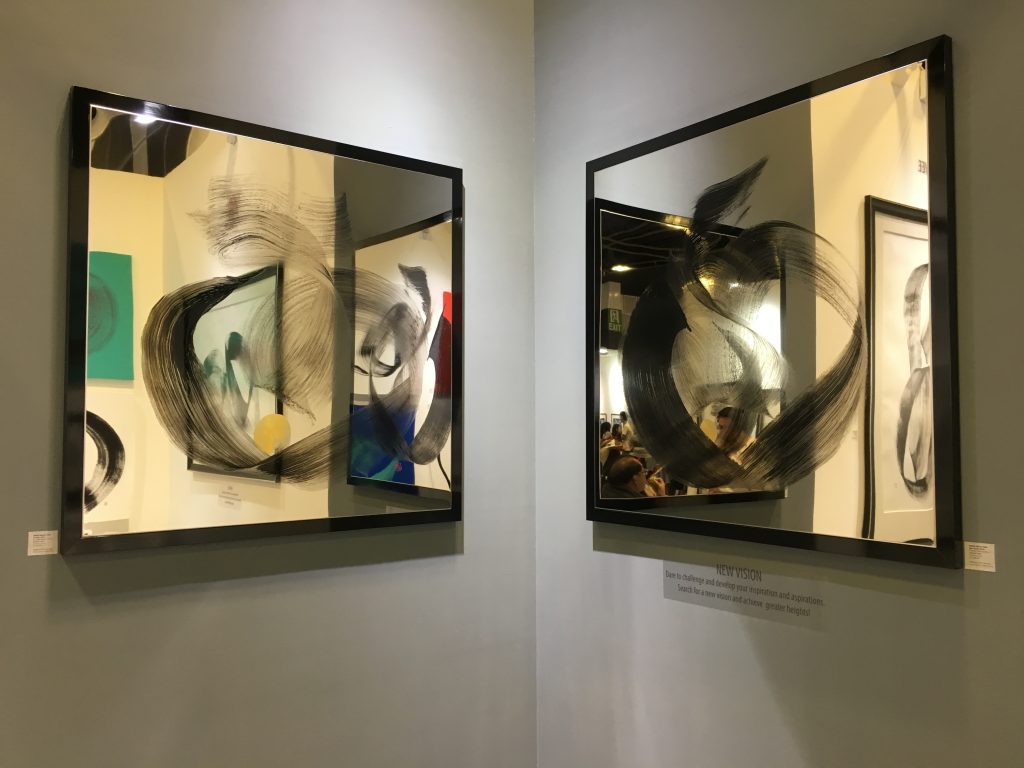 Contemporary art is about the innovative, and sometimes, that means looking at traditional art forms in a new way or using these conventional techniques in a new method. The installation by Solan Chiu, an artist represented by Giant Year Gallery, Hong Kong, one of the first artworks placed within the space, prepared one to view tradition in a contemporary light. The delicate installation was inspired by a poem written by Du Fu of the Tang Dynasty in order to motivate his army. Bing Ju Xing, a compilation of miniature ceramic seals, also introduced the audience to the interdisciplinary approaches of contemporary art. The literati inspired works of Ma Jun exhibited by Art Xchange and the hyper-realistic jade still life paintings by Zi Peng exhibited by Y2 Arts demonstrated the ability of contemporary art to blend the traditional with the modern. Simon Wee’s works, at the Tembusu Art Gallery booth, were thoroughly engaging and fascinating. Wee uses the one-breath-one-stroke technique to produce minimalistic and yet extraordinary acrylic works of art. The highlight of Wee’s portfolio of works were two paintings done on mirror instead of the more conventional paper or linen. Inducing an intimate interaction with the audience as well as the other works placed within the space, the mirroring “new vision” works brought out interaction even in their two-dimensional state. Speaking of dimensionality, another set of artworks that translated traditional elements of art, like line and form, into more conceptual, emotional and in turn, more contemporary forms, were the ceramic sculptures by Hiroko Mita, exhibited by Maya Gallery. 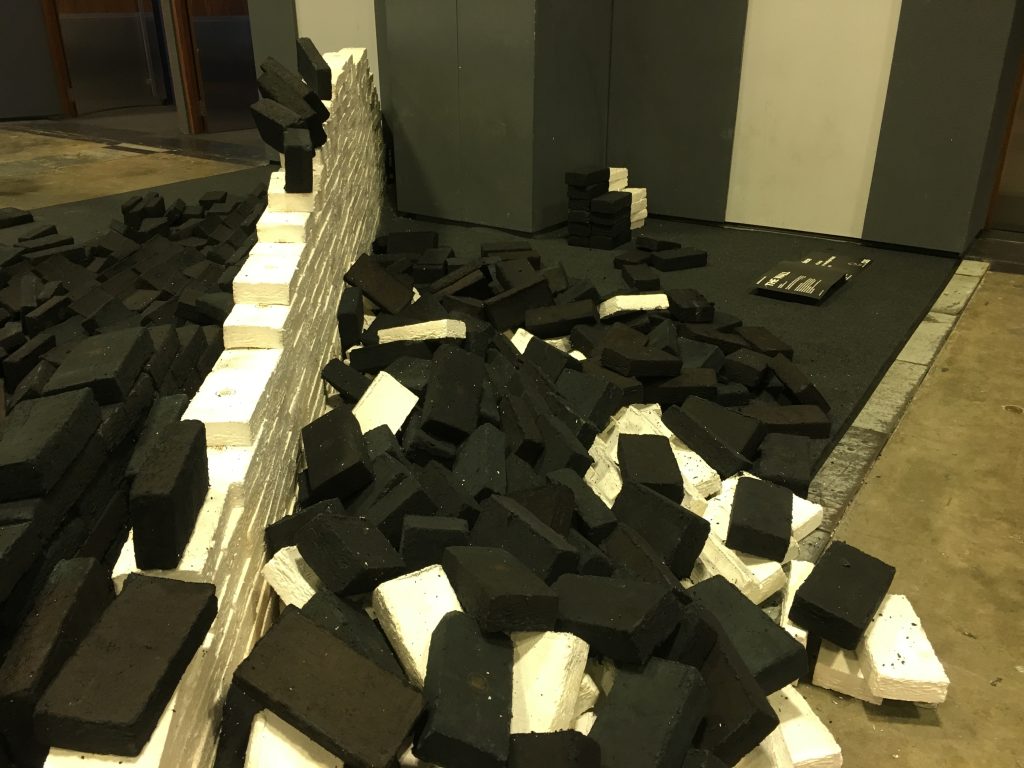 Over the years, contemporary art has also become a medium for expressing opinions and ideas about social, economic and political issues of society. Singapore Contemporary 2017 was a brilliant platform for engaging and interacting with such contextual artworks. The Wall, an installation work by Sherman Lin, was symbolic of this transference of ideas and cultural values from one region to another. The entire wall made of rice paper bricks stood for a structure of an enclosed culture and by calling on the audiences to “take away a brick”, Lin encouraged a confrontation with isolation. “The less the bricks are, the wider the crack of liberty will be.” 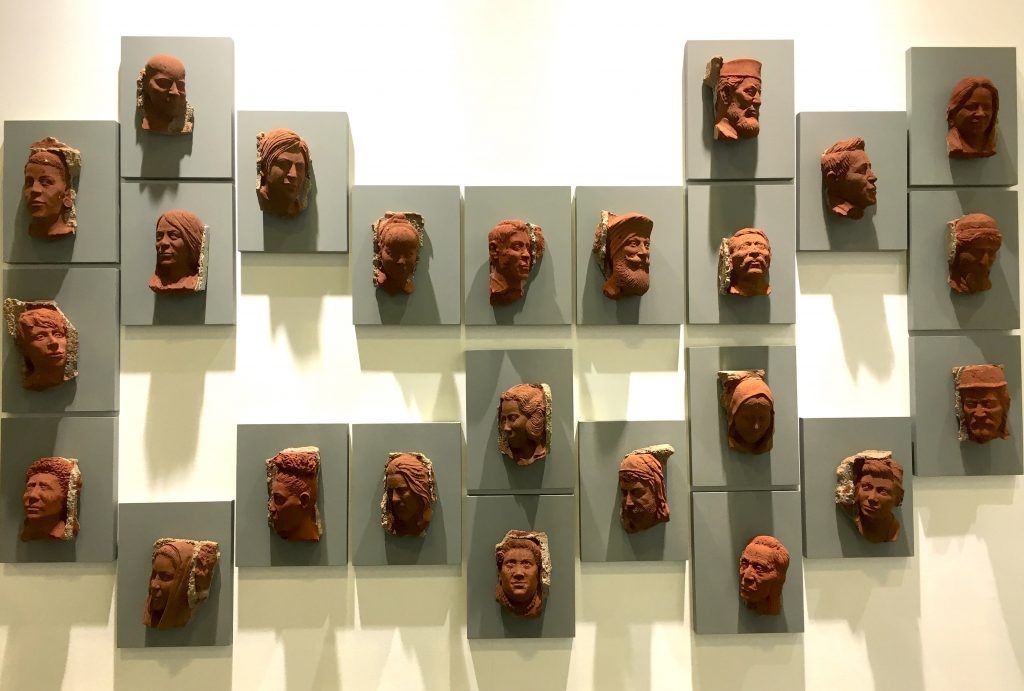 Another integral component of contemporary art practice, especially in the Asian region, is the search for identity. The brick and mortar portrait sculptures by Girjesh Kumar Singh from India could perhaps sum up the notion of a united acceptance of diversity in culture in contemporary art at the show and otherwise. The incredible installation, personified a “relevant narration of contemporary reality”. Haris Rashid’s Rezeki, as compared to Singh’s work, narrowed down the idea of identity and culture to Southeast Asia with its usage of rice, a staple crop and the figure bowed down in worship representing the humility in Asian cultures. However, Rezeki too was successful in uniting the different cultures across Southeast Asia, or even Asia, with just a few elements. Even the works of Jeffrey Wandly, also exhibited by the Maya Gallery, that transformed landscapes and architectural spaces into energetic, in spirit representations, spoke of the physicality in an Asian identity and culture.

The most interesting dialogue to witness, however, was the presence of artworks by Latin American artists alongside Asian contemporary art in the show. This year, as a a special feature, Singapore Contemporary had a selection of Latin American art, under the category, “Latin American Voices”. The energetic, graffiti inspired works of Mexican artist, Mayte Guzman, when juxtaposed with Malaysian artist, Dedy Sufriadi’s highly intuitive and text-heavy works, created a common platform for the audiences to witness the similarities and parallels between two completely different cultures. The same cultural resemblance could also be seen between the illustrative works of Peruvian artist, Carmen Reategui and the intricate renderings of Kim Minsu, in their use of traditional designs and patterns to comment on the fabric of society. 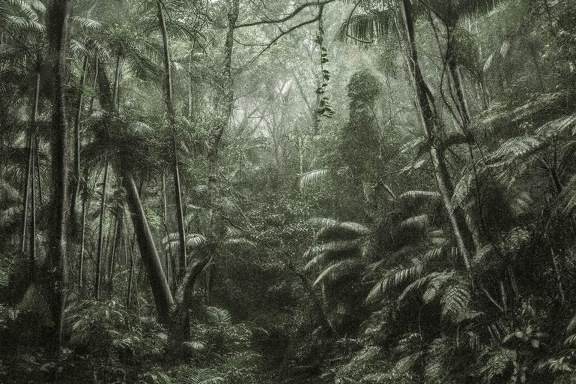 Photo 17, another special feature of Singapore Contemporary, demonstrated contemporaneity in terms of media and digitization. Untitled Curtain by Chinese artist Bu Yun Jun, an exceptional piece of conceptual work, would be the best example to give for the standard of digital media art present at the show. The 10-piece installation comprised of black and white photos taken from dusk to dawn. The artwork beautifully captured the movement of time while invoking a spiritual emotion for the viewer. Another highlight of Photo 17 was Roberto Dutesco’s portraiture of elegance and beauty with his black and white photographs. The detail with which he captures his subjects, the wild horses of Sable Island is truly inspiring. Bringing an interdisciplinary approach to photography, Emma Hack’s body paint photographs were both mesmerizing and intriguing. The photographs of Cassio Vasconcellos even managed to blur the boundaries between drawing and digital media. 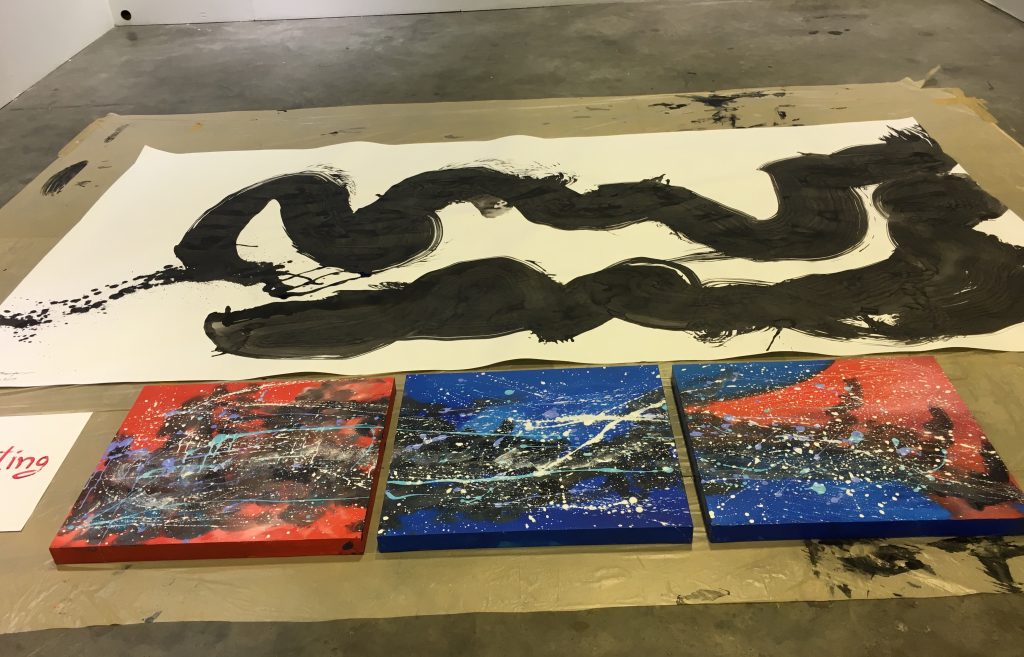 The special features – Photo 17, Latin American Voices, China Encounters and Artist Dialogues – were not the only exciting ventures by Singapore Contemporary this year. The show also included a number of guided art tours, and live painting sessions by Charlotte Donvang, Jeff Murray, Roger Dean, Yann Rebecq and Samran Cheupan. There was even a special art tour for kids organized by Macey & Sons. The art talks by Roberto Dutesco, Patricia De La Motte, Sherman Ong, Regina Baxter and Xavier Comas provided an interesting insight and understanding of the exceptional collection of contemporary art. Much like last year, the artworks can also be viewed and inquired about online on their website, which is probably one of the best features of the fair from a commercial perspective.

Singapore Contemporary 2017 was definitely a success both in exposing contemporary art to the masses as well as in creating an expansive dialogue between the contemporaneities of different regions. The show itself was enough to compose an extensive research on the different aspects of contemporary art that exist today and in what capacity have they been integrated into different societies.

Tanya Singh is currently pursuing her Masters’ in Asian Art Histories at the Lasalle College of the Arts. A practitioner as well as a writer, she has been producing writings on art and art history for over three years now. She has worked with a number of organisations – NDTV-Mojarto (India), Agora Gallery (New York), Asian Art Platform (Singapore) and Distinguished Magazine (India Chapter, United Kingdom) – both as a content provider and an editor.