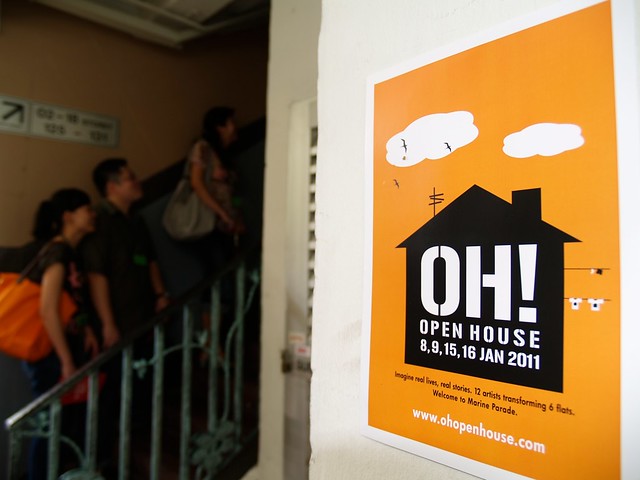 I did my 1st Open House (OH) tour over the weekend and had a great time. We reached the Marine Parade Community half an hour later than my scheduled start time as we were hindered by some parking issue. We almost couldn't find any parking space at the public parking spots behind the community center as the lots are mostly marked red,

which indicates they are for season tickets holder. It didn’t help that we also spot the “summon” lady happily issuing tickets around the lots. We finally found a spot and hurried down 5 blocks to OH!

We got our tickets, got into a queue and off we go!  The tour started off very casually, with 2 volunteers guides and a curator leading the way. Although I wish my guides had a loud speaker and a flag (maybe a OH! flag will be nice), as most of the time people at the back couldn’t hear anything among the traffic.

At the 1st stop, we met with a mini obstacle. Apparently there was another group who had arrived just ahead of us. So we had to wait at the HDB lobby for our turn. The 1st location house 2 apartments which coincidentally were side by side neighbours. I was slightly taken aback when I step into the 1st apartment as it was a tiny 3 room HDB flat. I scanned the dimly lit, slightly cluttered and small living room quickly for the curated artworks and spotted Zhao Renhui’s works on the walls. 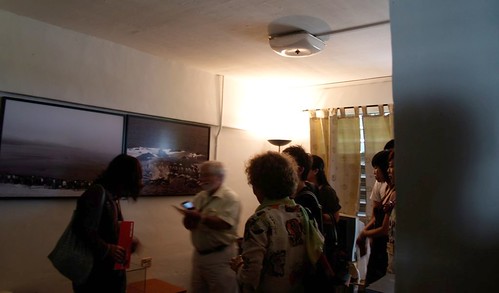 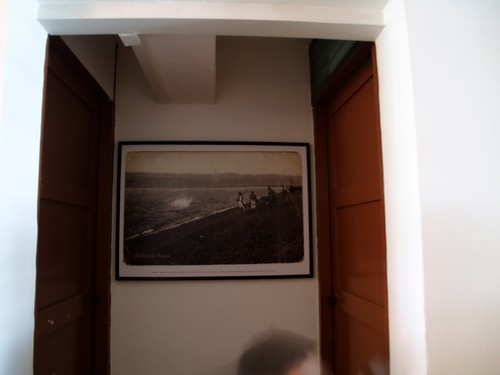 At the 2nd apartment I was eager to see the Topsy Turvy room by Jes Brinch, however, I was slightly disappointed by the exhibit as it wasn’t as elaborate as what I had expected. Bits of home accessories were hung upside down on the walls of a cramp room which were reflect by mirrors on the floor to provide the upside down effect. I didn’t feel that much effort was put into this, but then again I might have missed out on the full picture as I couldn’t enter the room to view it properly. 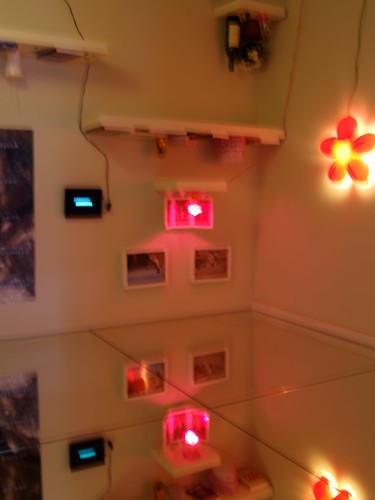 I did however, had a chat with one of the apartment owner, Anthea who owns the 2nd apartment. An art lover and yoga practitioner, she was a a volunteer for the 1st OH! and had suggested the next tour to be held in the heartlands. Hence it’s now held at the HDB flats at Marine Parade. As a big supporter for the arts, she had given her home whole heartedly to the curators, right down to giving them a set of keys to enter her house when ever they need. Many of the home owners were not concerned about the security and piracy of opening their home to the public. To them it’s all for a good cause of supporting the art scene in Singapore.

In between the apartments, several artworks were on display at the stair landings of the HDB flats. My particular favorite was the fun and interactive work by Teng Yen Lin. Outline of artworks on the walls created an illusion of space and dimension. My group and I had so much fun posing at different angles so to get the right shot. 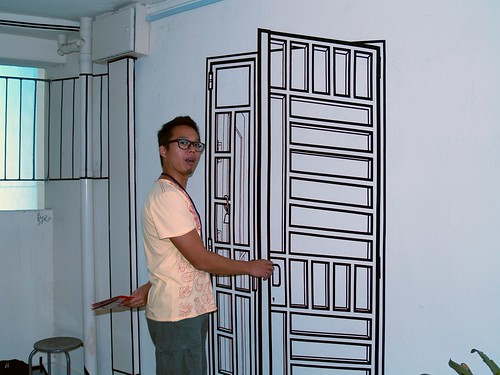 After the 1st two exhibits, I was able to adjust my visual expectation of the next few apartments. All of the apartments are 3 room flats, however with so many people entering the apartment and jostling to view the artworks at once, it gets pretty frustrating and competitive. Hence I didn’t feel that I have absorbed enough of the artwork within the cramp space and limited time. We were also fighting for space with the crew from Channel News Asia, as they were there with their bulky cameras. 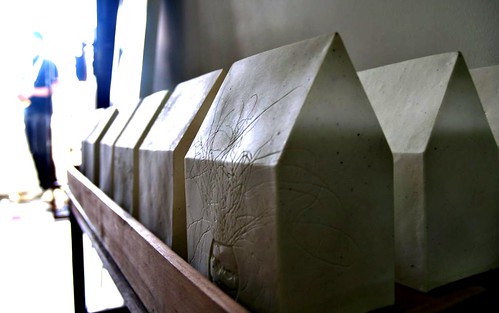 The last apartment which I shall skip to is my favorite exhibit. That’s because it was almost done up like a real art gallery. When we entered the apartment, we see a large white canvas with several small holes. It was very much an interactive piece as audience get to participate by peering through to observe the performing art and artworks within the room. I felt like a peeping tom, invading someone’s privacy but curious at the same time as I watch the artist move around the room among the artworks and wondered what would she do next. The barrier also gave the artworks a sense of unavailability and exclusivity as couldn’t enter the room to get up close. 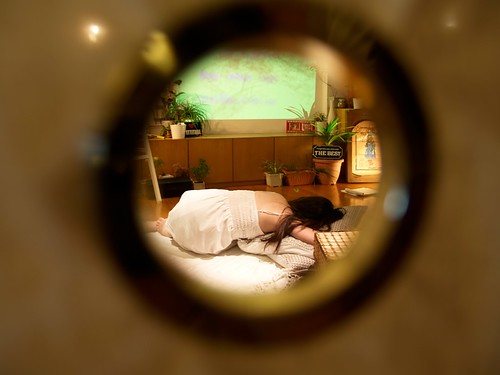 In the end, the whole experience was an eye opener for me. I got to see how large artworks, especially installations and videos would fit in our typical HDB apartment apart from the usual gallery space or a large landed property. And I had a free tour around Marine Parade, with some new knowledge about the history of dolphins and urban legends in Singapore in the early 1980s. My other half even described it as a mini Singapore Biennale. Overall it was a well curated show which can be much better with a more manageable human traffic flow. And I hope they will pick Punggol next year as I would be the first to volunteer my home for Open House (OH!) 2012.