The sophomore edition of Art Stage Singapore has closed its doors, leaving room to reflect on its place within the global art scene and its significance locally.

On the whole, Art Stage ’12 seemed like a tighter, more meditative affair, sans the shock imagery that dominated discussions about last year’s fair (with the naked Indian artist, T. Venkanna, and images of a pregnant Hitler by Ronald Manullang, among others). And while this year’s event had its fair share of pedigree names, gone are the headline grabbing art stars – David LaChapelle, Takashi Murakami, Ai Weiwei – who stole much of the spotlight. 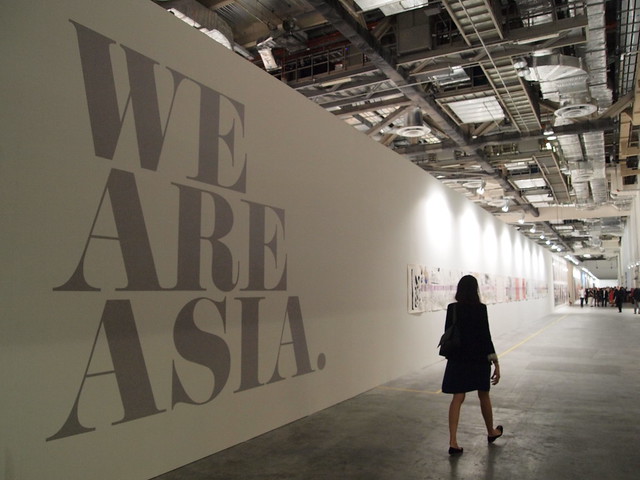 Also settled is the question of which regional art fair would be the first to stake claim on the title as the “Art Basel of Asia”, with the acquisition of Hong Kong International Art Fair by the owners of Art Basel, MCH Swiss Exhibition Group, in May last year. This opens up space for Art Stage to forge its own identity and solidify its brand as a regional platform for Asian galleries.

This year, the organisers of Art Stage have stayed true to their original intentions “to be a real partner of the region’s art scenes, to support and protect the interests of the Asian galleries” (from Lorenzo Rudolf’s foreword in the catalogue of the Art Stage’s inaugural fair); 106 out of the 133 galleries represented this year were based or had branches in Asia, comparable to 99 out of the 123 galleries at last year’s event.

The predominant focus on Asia was reflected in the selection of works at the fair. One of the more evocative installations was Bose Krishnamachari’s “Ghost/Transmemoir”, featuring over a 100 used tiffin containers, each with its own LCD screen screening interviews with a diverse cross-section of Bombay society. While it brought a very immediate and local sensibility, the installation touched on broader geopolitical issues of global and internal migration and urbanization. 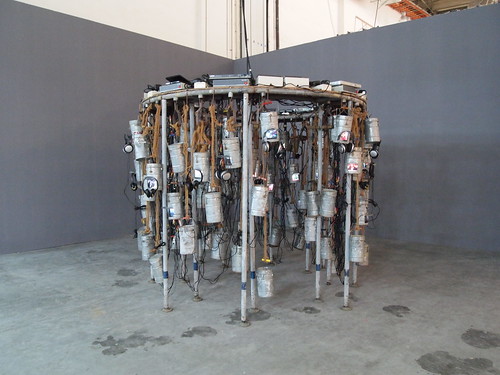 Similar themes were echoed in Chen Zhen’s Daily Incantations, highlighting the cacophony of the collective in its juxtaposition of neatly arranged Chinese chamber pots with a pile of modern televisions, radios and other electrical devices. These two installations addressed the societal concerns of developing economies on a very human scale, using readily identifiable everyday objects, and contextualizing local experiences within larger regional and global shifts in technology and industry. 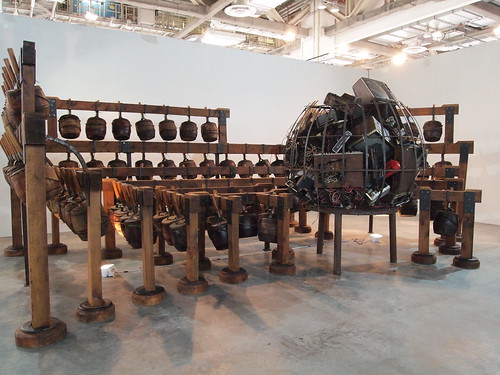 Without a particularly deep local art market in Singapore, it may be inevitable for Art Stage to position itself as a regional hub, encapsulated by the tagline “We Are Asia.” The event could easily be contrasted with other fairs bearing a more local slant, such as the now-defunct Art Singapore which had twice the number of Singaporean exhibitors, SH Contemporary (Shanghai) where two-thirds of its participants were based in China, and Art Fair Tokyo which is represented mostly by Japanese galleries.

Even so, the 13-strong delegation of Singapore galleries at Art Stage (1 less than last year) pulled no punches, with Vue Privee presenting “World Hug Day” by the Gao Brothers (China) and Yavuz Fine Art commissioning “We Are Asia!” by Navin Rawanchaikul (Thailand). If art fairs are a platform for galleries to make a statement of who they are, then the major players on Singapore’s gallery scene have clear made their intentions to plug into markets and cultural discussions that extend far beyond our local shores.

The extent to which collectors view Singapore as a major destination on the global art-fair circuit still remains to be determined with time. For now, Art Stage provides a welcome platform for Singapore galleries and a selected few local artists to truly connect with global art trends and compete commercially on an international level.