Clarke Quay Central has announced Smile Singapore, an advocacy campaign that aims to promote a happier and joyful nation. This is an initiative that is held in conjunction with Singapore’s Jubilee celebrations, and welcomes the public to share their moments of joyful living in the little red dot.

From now till 3rd May, a team of Smile Ambassadors will be taking photos of smiling faces as well ascollecting personal stories of what makes them happy to be in Singapore. Public who are keen to participate in this national event can preen for the camera at the live photo studio at Clarke Quay Central and receive an instant 4R print keepsake. Roving photographers will also be collecting smile portraits in different parts of Singapore. 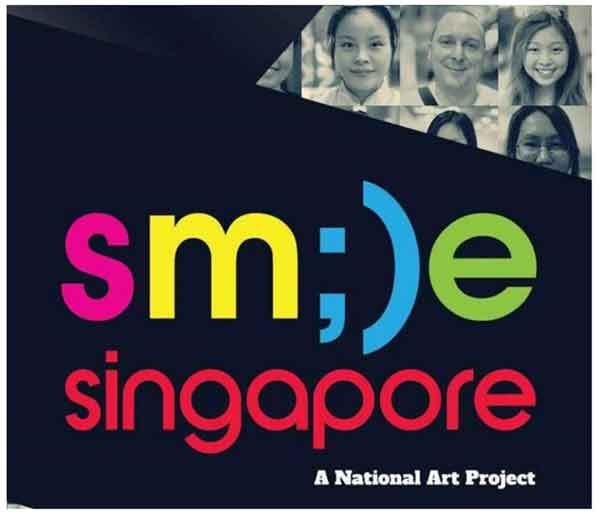 “This campaign is especially meaningful during Singapore’s jubilee year as we, as an organization and part of a young nation, count our blessings from living in Singapore,” said Mavis Seow, Director and COO, Retail Business Group of Far East Organization.

According to a recent 2014 study by Ipsos APAC and Toluna, Singaporeans are found to be generally unhappy, with Singapore being rated as the second least happy country in Asia Pacific. To debunk this perception, Smile Singapore hopes to demonstrate that people in Singapore are in fact happy and appreciative about living here.

The campaign aims to break its own Largest Display of Photos record by collecting 10,000 smiling faces, of which 5,000 will form a giant photo mural. Thereafter, the photo exhibit will be showcasedat the Clarke Quay Central atrium from 4th May to 17th May.

“Happiness is contagious and by displaying photos of beaming faces, we hope to remind our fellow Singaporeans that there are thousands of reasons to smile in Singapore,” said Caine Teo of Ape Works Pte Ltd, the Creative Partner of Smile Singapore Campaign.

This campaign’s event partner, Fuji Xerox Singapore, will also be strengthening efforts to bring smiles to the less privileged families in Singapore.

“We are delighted to be partnering with Clarke Quay Central in this Smile Campaign initiative. CSR is a big part of Fuji Xerox’s core values and integrated at the core of everything we do. It is also a reflection of who we are and what we support as a company,” said Bert Wong, Chief Executive Officer of Fuji Xerox Singapore. “For every photo submitted to Smile Campaign, we have pledged to donate five dollars to our main beneficiary – Beyond Social Services – to enable and empower children and youth from less privileged families to help them achieve better opportunities in their life.”

The public can also upload their own smiles and stories on www.smilesingapore.sg.