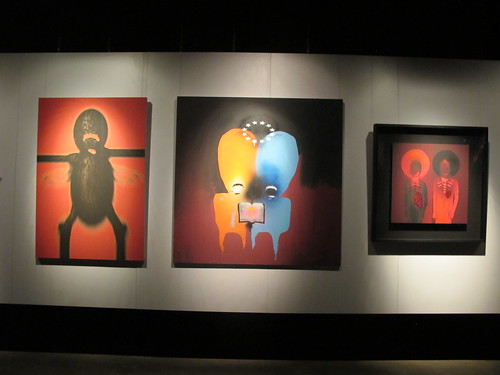 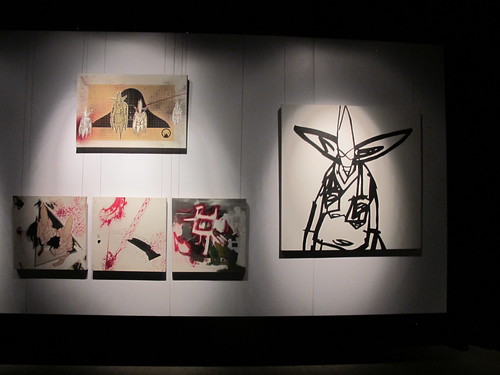 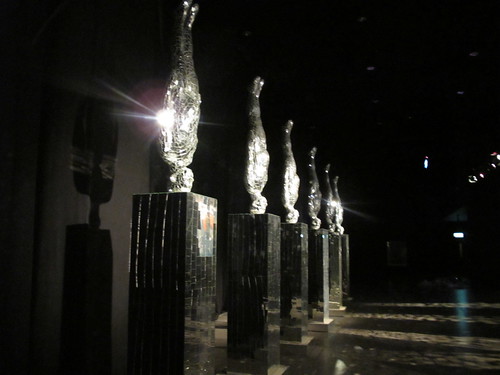 The group show celebrates all the different art forms showcasing their artworks of film, sculpture, painting and photography in Swire Properties’ 20,000sq ft Artistree. Beijing based Australian artist Jayne Dyer puts together a neon installation piece “too young to love” from the lyrics and beat of James Lavelle’s pink remix track.

Beijing based Chinese artist Huang Rui’s drum set piece brings with it subtle political and cultural notes, and most recently exhibited at The Opposite House. While Li Wei’s inverted statues covered with mosaic mirror chips tower over the entrance. The performance artist best known for his gravity defying portraits.

Doug Foster showcases “The Heretics” with music by James Lavelle. The stunning project took him a few weeks working with ink in a tank in his own house and digitally creating a symmetrical image. Apart from visual and audio sensory artworks to thrill the senses, award-winning perfume designer Azzi Glasser was commissioned to create a scent. “Rain on earth” captures the earthy smells of the soil, grass and the heady monsoon mix of humidity, heat and gravel with soundtrack by James Lavelle to enhance the multi sensory experience.

Other international artists feature in the group show over a broad range of mediums. So, be sure to catch it from 5 May – 7 June, 2012 @ The Artistree Hong Kong.