Last week, Artitute was fortunate enough to attend an exclusive invitation to the closing of Takashi Murakami: The 500 Arhats Exhibition, which had been held at the Mori Art Museum in Tokyo in Japan. This exhibition is remarkable in a sense that it marked Murakami’s first solo museum exhibition in Japan in 14 years. 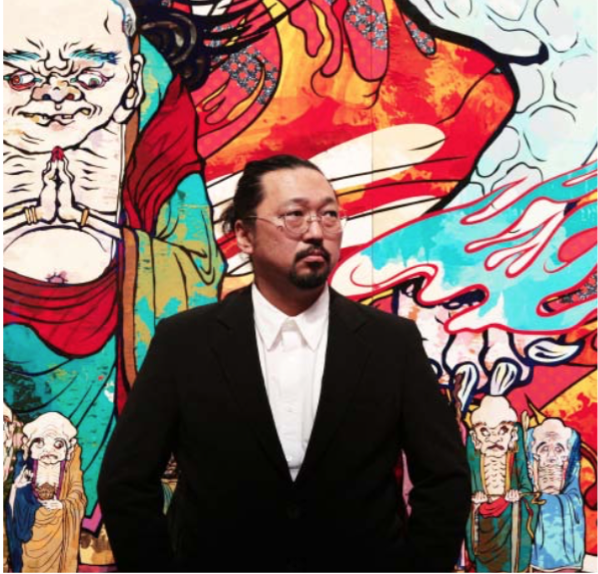 Born in 1962 in Tokyo, Takashi Murakami completed his doctoral work at Tokyo University of the Arts School of Fine Arts, becoming the first person at the university to earn a Ph.D. in Nihonga. Murakami is known in today’s mainstream culture for his corporate branding projects, which include collaborations with Louis Vuitton, VANS, Shu Uemura, and Roppongi Hills. Murakami has gone on to cement his presence in the art world, having held solo exhibitions and large-scale installations at a number of venues such as the Palace of Versailles,The Rockefeller Center and The Guggenheim, to name but a few.

It was 14 years ago that such a large-scale Murakami exhibition had been on show in Japan so I was rather excited to see his latest pieces altogether under one roof. I was especially looking forward to seeing his 100 metre-long painting, titled: The 500 Arhats, which was the centrepiece in this well curated exhibition.

The exhibition did not fail to impress in both quality and substance and highlighted the fact that Murakami has matured as an artist and is able to work on a large scale with great accomplishment. This exhibition should also lay to rest, the notion that has been floated over the past few years, that Murakami’s star was perhaps in decline.

According to ancient scriptures, The 500 Arhats refers to the group of Buddha’s enlightened disciples who took on the task of spreading his teachings and giving ordinary salvation. Faith in the Arhats flourished throughout Japan during the 17th-19th century Edo period in Japan.

The 500 Arhats piece created by Takashi Murakami was inspired by the destruction of the 2011 Great East Japan earthquake and tsunami, and the work references the salvation that can only be found through faith. 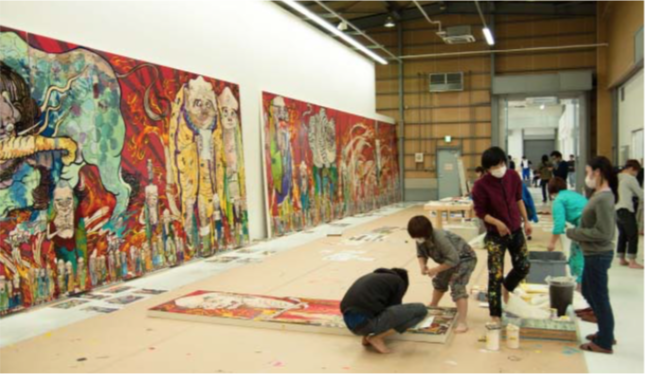 As this was one of the largest paintings ever produced in global art history, the arduous task of completing this massive work of art was accomplished by enlisting the help of over 200 students from Japanese art schools and colleges.

The extraordinary 500 Arhats artwork was created and shown in the State of Qatar as a token of gratitude, as Qatar was one of the first nations to offer assistance in the wake of the disaster.

It has now been over 5 years since the horrific disaster on March 11, 2011. As a writer and art lover, it gives me great joy to see beauty and hope flourishing after such a disaster. 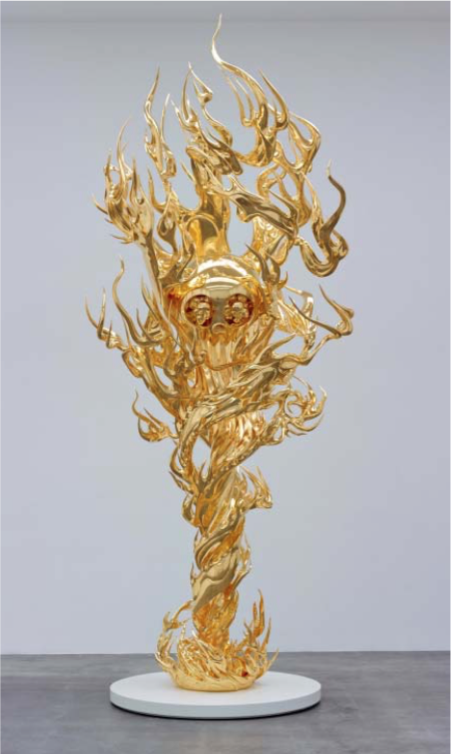 Sculpture, as always, was prevalent throughout the exhibition with perhaps the 2 most remarkable pieces being The Birth Cry of a Universe (2005-; still incomplete) and Flame of Desire – Gold (2013). These opulent pieces were typical of the artist yet gave each individual viewer a chance to experience something different, an individual message for everyone.

Of the old favourites appear Mr. DOB sitting alongside newer series of works (such as Ensō). As with all great artists Murakami has created his own unique world using the simple Japanese cultural language of Manga to captivate and enthral the global art scene and audience with perhaps a more specific and personal meaning for his fellow countrymen.

Given the huge scale of this exhibition one wonders if Murakami has set the bar so high as to struggle raising it in the future…… I guess only time will tell!