Zi Peng and Na Wei, both established artists from mainland China, whose works have been collected globally and recognisable in the International Art arena, will be having a joint exhibition at Y2Arts from 1st till 31st December, 2018.

Their artworks give voice to both the artists’ social consciousness. Unified through their very own signature visual language, their creations draw both subject matter and message from current social dialogue and issues. With their enthralling colour palette, their artworks summon the viewer closer, only to find themselves confronted with messages that can leave them unsettled, yet fascinated. 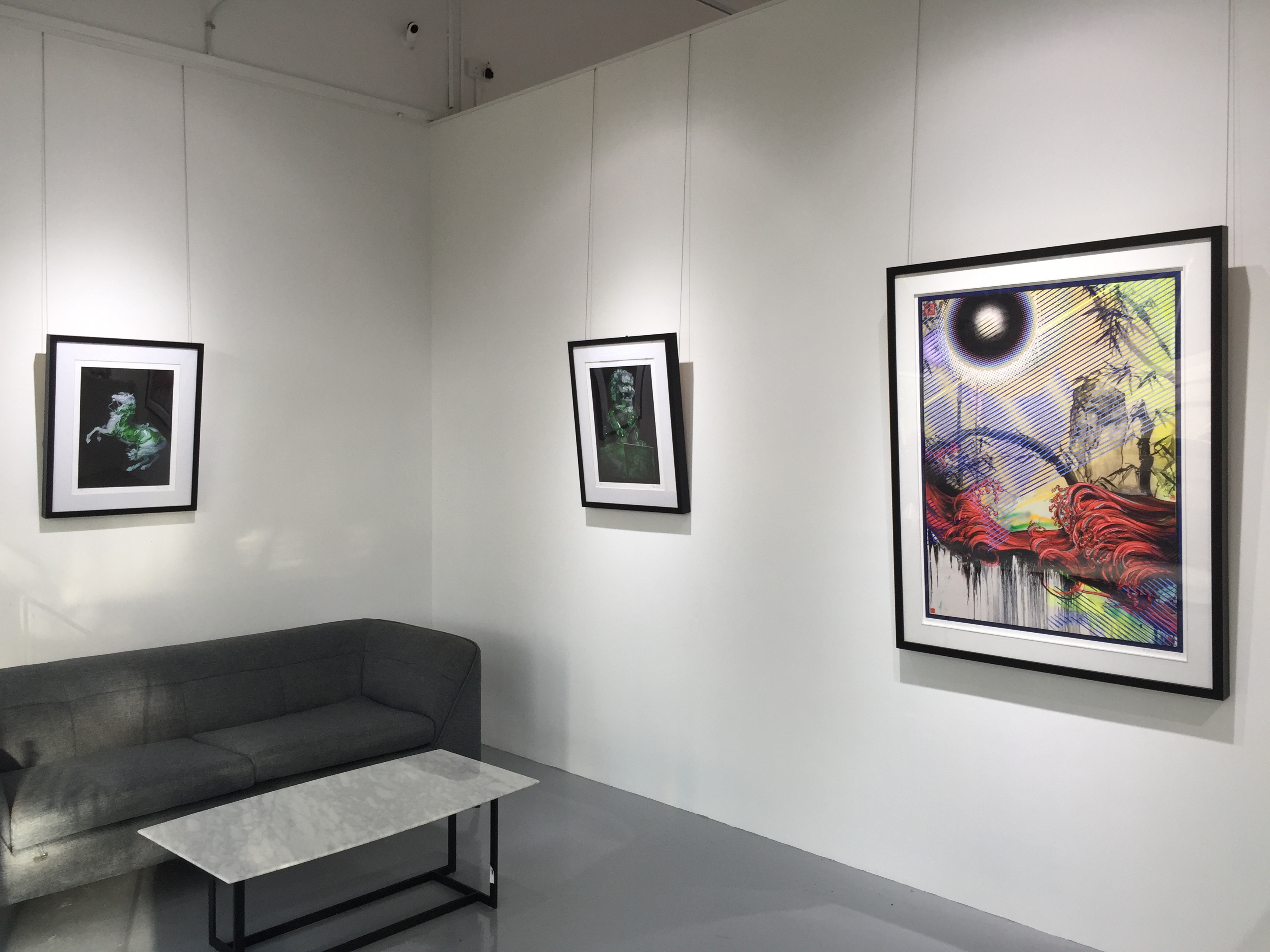 From the pernicious effects of materialism to the political oratory found in today’s society, Zi Peng’s and Na Wei’s creations invite viewers to participate in opportune dialogues. The majority of their original works have already been collected around the world. Together with Y2ARTS, the artists have produced a series of limited digital prints, similar to artists such as Yayoi Kusama, Keith Harding and Andy Warhol, to allow a wider range of art lovers to enjoy and embrace their artistic ideas.

Influenced by how the current society processes the multitude amounts of information, the artists’ universal language of icons and symbols attach themselves to a multitude of meanings, depending on their individual context. Their creations, whether an original artwork or digital prints, opens the floodgates for viewers to decipher their works from a variety of viewpoints and allow them to interject their own personal experience or ideas into the narrative.

In Zi Peng’s works, you realise the originality of this talented painter, whose artistic individuality within his creations is apparent. Zi Peng liberates himself of his academic shackles and experiments on his own artistic voice. The artist is developing a new ism, a new signature that he can call his very own. His new artistic language, which I suspect, is one that is provocative yet pleasant and a pleasure to our senses. Through his use of the material as his unique speciality, he creates works that fuse his forcefulness of his imagination and delicacy of his personality, compelling us to see more deeply into things and reveals the multi-faceted beauty and infinite richness of art – Zi Peng’s Surrealistic World of Materialism.

Zi Peng uses Jade, a gemstone of unique symbolic energy, as his “material-muse”. As you perused through his latest crop of paintings, you will be swept away into his new and provocative imaginative realm. Initially, on first look, the featured subject is something we are familiar with, Jeff Koon’s iconic dog, a Hamburger, Hirst’s skull, a Buddha statue, an ice-cream cone, etc.; but juxtaposed within these icons is where Zi Peng’s artistic talent truly excels. His creations lead us on a surrealistic voyage to embrace and experience the balancing and harmonious effect of Jade. His innate ability to use oil to capture hyper-realistically the brilliance of this wondrous stone, intermingling with his exuberant imagination of incorporating traditional Chinese art into the very veins of the gemstone, challenges us to be open to new perspectives and wonderment – an art within an art. Upon careful inspection of the Chinese painting within each jade subject, you will be further enthralled by his mastery of capturing the vivid brushwork and intensity of Chinese ink paintings, yet preserving his own conception of nature, and his own emotions and individuality, which is the basis of Chinese ink painting.

Zi Peng’s current works compel observers not only to return to have a second, third or even multiple viewing but to discover with amazement his distinctive technique and intuition of a visionary artist who creates by manipulating perspective and realism. His art, through the use of Material and inanimate objects, challenges and mocks us, with the innocence of his subjects and his vivid imagination, to accept the impossible as “reality”.

An award-winning artist, Na Wei is a native of Northern China, and student of oil painting at the Lu Xun Academy of Fine Arts in Shenyang, China, where he earned both his bachelor’s and master’s degrees. Born in 1982, he has been creating and exhibiting works worldwide for over ten years.

By melding various media and techniques, Wei creates a conversation, an equilibrium between Eastern and Western cultures. In some of his early works, like the Only Child Series: Pivot, 2007, he created a collage, balancing the human subject with the background, offering a story to be determined by the viewer. He is especially adept at recreating the look of fabrics with his exquisite brushstrokes, which add depth and texture to his paintings.

Na Wei has a unique style of mixing traditional Eastern techniques and subjects, like the bamboo and lotus, with more abstract, Western styles like monochromatic backgrounds and patterns. In this manner, he is accentuating opposites and hinting at the traditional Chinese theory of yin and yang as he mixes painting with textile and craftsmanship.

In recent years, Na Wei’s works have sold in auctions, making his works highly collectible.  He has won several awards, including the 2013 Most Noteworthy Contemporary Artist, sponsored by ‘New Look’ Art Trade Journal and the Nomination of Annual Young Artists in 2010, Child, sponsored by AAC Art China.