For its inaugural exhibition at its new space, Etemad Gallery Dubai brings together the works of 10 Iranian artists who have exhibited over the years at Etemad’s Dubai and Tehran locales.

For its inaugural exhibition at its new space, Etemad Gallery Dubai brings together the works of 10 Iranian artists who have exhibited over the years at Etemad’s Dubai and Tehran locales. Paper Works: 10 Artists, curated by Fereydoun Ave who is also one of the presenting artists, displays a series of works on paper concerned with contemporary topics and traditional painterly techniques.

The word ‘paper’ comes from the ancient Egyptian writing material known as papyrus, which was woven from papyrus plants. In Egypt and in ancient Greece and Rome, papyrus was produced as early as 3000 BCE.

In AD 105, the Chinese Imperial Court official Ts’ai Lun first described the modern method of papermaking. The actual invention of papermaking is placed some 200 years earlier, following archaeological investigations of ancient paper pieces from the Xuanquanzhi ruins of Dunhuang in China’s northwest Gansu province. However, nearly a millennium would pass before Europeans first used it, and they only started to manufacture it in the 11th and 12th centuries, after Muslims had established the first paper mills in Spain.

‘Works’ are the outcomes of normal practice in the arts; they have the capacity to embody knowledge, and interpretations of their intrinsic and extrinsic values are used by artists to communicate a message. The medium of paper is explored through the works presented in this exhibition.

Fereydoun Ave works predominantly on paper and for this exhibition selected artists who have emerged from direct scholarship with Bijan Saffari – whose work is also on display – who has taught many modern Iranian artists from the Decorative Art School of the 1960s to the post-revolutionary generation. 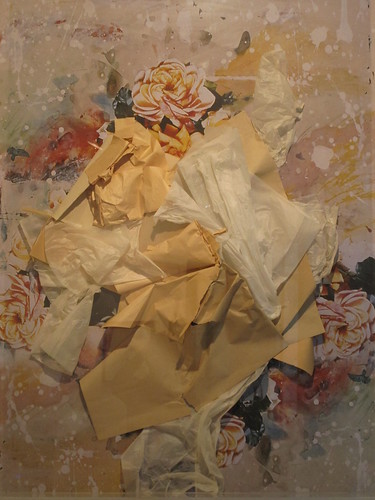 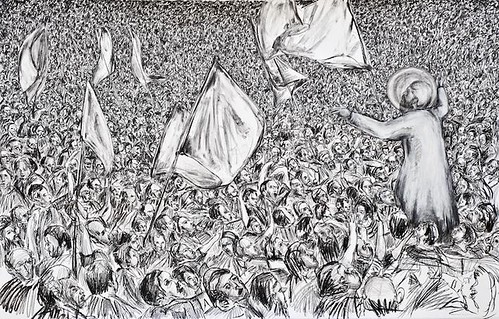 Vahid Sharifian regularly employs humour in his works. Tongue very firmly in cheek, he addresses complex subjects but leaves the viewer with a puzzle to unlock. 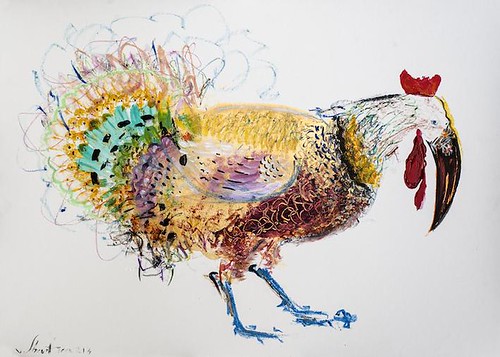 Mohsen Ahmadvand is an Iranian artist whose immediate influences have been wrestling, old photographs, the newspapers, mass media, Alireza Espahbod and Ardeshir Mohasses. Working with pen and paper, Ahmadvand skilfully creates pieces imbued with quiet tension through his adept use of juxtaposition. 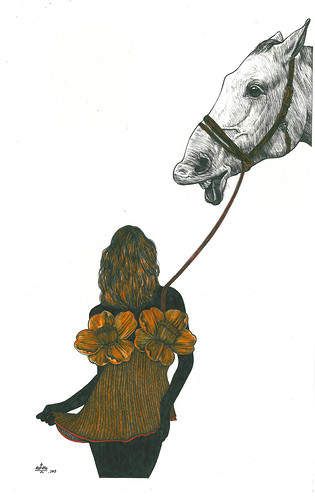 About Etemad Gallery Dubai
Etemad Gallery Dubai’s regionally inclusive roster of artists’ features sought after contemporary practitioners from America, Europe, Asia, and the Middle East. Dubai’s cosmopolitan audiences are engaged through exhibitions which have an international focus and are at the forefront of global debates. The gallery’s programme is committed to promoting the very best contemporary Middle Eastern art, as well as premiering acclaimed international artists.