John Milton’s epic poem Paradise Lost has been the inspiration of countless artists, musicians and writers in popular culture since it was first published in the late 17th century and for its premiere exhibition, the Nanyang Technological University (NTU)’s Centre for Contemporary Art (CCA) has chosen to host an exhibition with the same title.

John Milton’s epic poem Paradise Lost has been the inspiration of countless artists, musicians and writers in popular culture since it was first published in the late 17th century and for its premiere exhibition, the Nanyang Technological University (NTU)’s Centre for Contemporary Art (CCA) has chosen to host an exhibition with the same title. The exhibition comprises of works by three artists who all trace their origins to Asia but who have grown up and lived outside the region. The three works explore the idea of an imagined Asia that exists within each of the three artists as a result of their personal and lived histories.

Co-curated by the CCA’s founding director Uta Meta Bauer and Anca Rujoiu (curator at the Centre), the exhibition explores issues of migration, dislocation, belonging and displacement through a trans-generational lens. While the exhibition consists of only three works, a good 2 ½ hours are required to view all the works if one wishes to view the video installations in entirety. 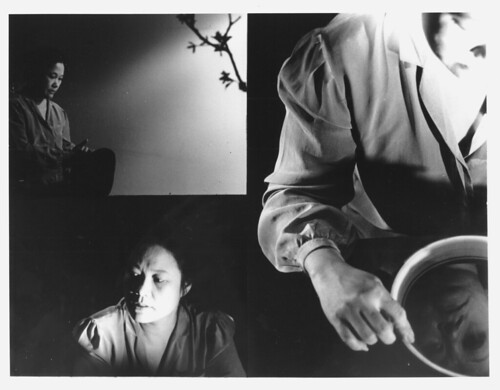 Trinh T Minh Ha’s work, Surname Viet, Given Name Nam (1989),  is a 108-minute film that features staged interviews with five Vietnamese women. Through the interviews the film explores the complexities of tradition, culture, exile and dislocation. It combines archival footage, poetry, narration, and written text to portray Vietnamese life since the war. At the same time, the video challenges the art of traditional documentary film making through a layering of sounds and images and the use of multiple voices rather than the single omniscient voice that is traditionally used in documentaries. Minh Ha, who was born in Vietnam, moved to the US when she was 18 and now lives and works in San Francisco. Her work which includes films, installations and books has been exhibited worldwide. 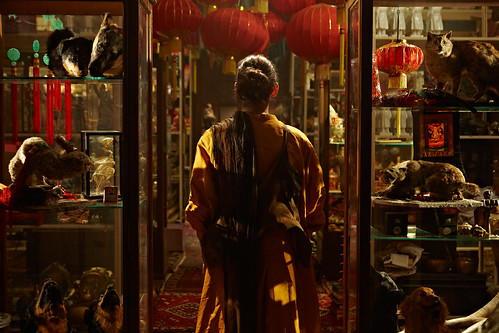 Fiona Tan’s Disorient (2009), was first shown at the Dutch Pavilion at the Venice Biennale in 2009. The work draws on the travels of Marco Polo and consists of two videos which are shown on opposite walls. One video juxtaposes narrations from the merchant’s travelogue with images of artefacts and goods that depict the West’s portrayal of the East. Across the room, on another screen, news footage and archived material depict the current reality of the places under discussion. Tan’s work investigates identity and memory, post colonialism and issues of orientalism. Her work is also shaped by her own experience of being part of both the East and West. Tan, who is part Chinese Indonesian and part Australian, was born in Indonesia, raised in Australia and now lives and works in Amsterdam. 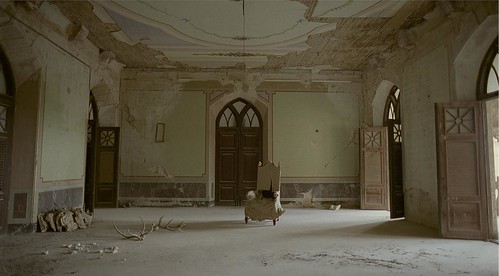 Zarina Bhimji’s work Yellow Patch (2011) is a film installation which explores the story of Bhimji’s father’s migration through visuals of four locations in India. Devoid of any narrative or commentary, the film weaves its way through images of empty colonial buildings and stark landscapes. The soundtrack of nature and historical voices evoke nostalgia and like the other two works explores issues of migration and colonization through a mixture of sights and sound. Like Minh Ha and Tan, Bhimji also has a transnational background. Of Indian descent, she was born in Uganda but was forced to migrate to the UK when Idi Amin expelled South Asians from the country. She now lives and works in London.

While all three artists have exhibited their works extensively within and out of Asia, this is the first time these particular works are being shown in Asia. Paradise Lost which runs at the CCA till March 30, 2014 is well worth a visit for its quiet yet pointed investigation of issues of belonging and displacement that arise from migration and seem to linger even a generation or two later.