Roundtable: Singapore in Crocodiles gathers practitioners in the field of natural heritage and social sciences, visual arts and academia around the notion of crocodiles in the Singapore psyche. Prompted by Buaya: The Making of a Non-myth, an ongoing prep-room project by Kate Pocklington, the roundtable examines how themes from the research display can be extended through the ongoing conversations and interests of the crocodile as a juncture in historic, scientific and cultural perceptions.

This is part of the continuum of prep-room activities that constructs itself as a dialogic space for audience to problematize propositional aspects of curatorial work and to bring their own cultural perspectives to bear on its inquiry. Roundtable: Singapore in Crocodiles situates itself in developing further collaborations around the iterations of display of this particular research on the crocodile in Singapore. 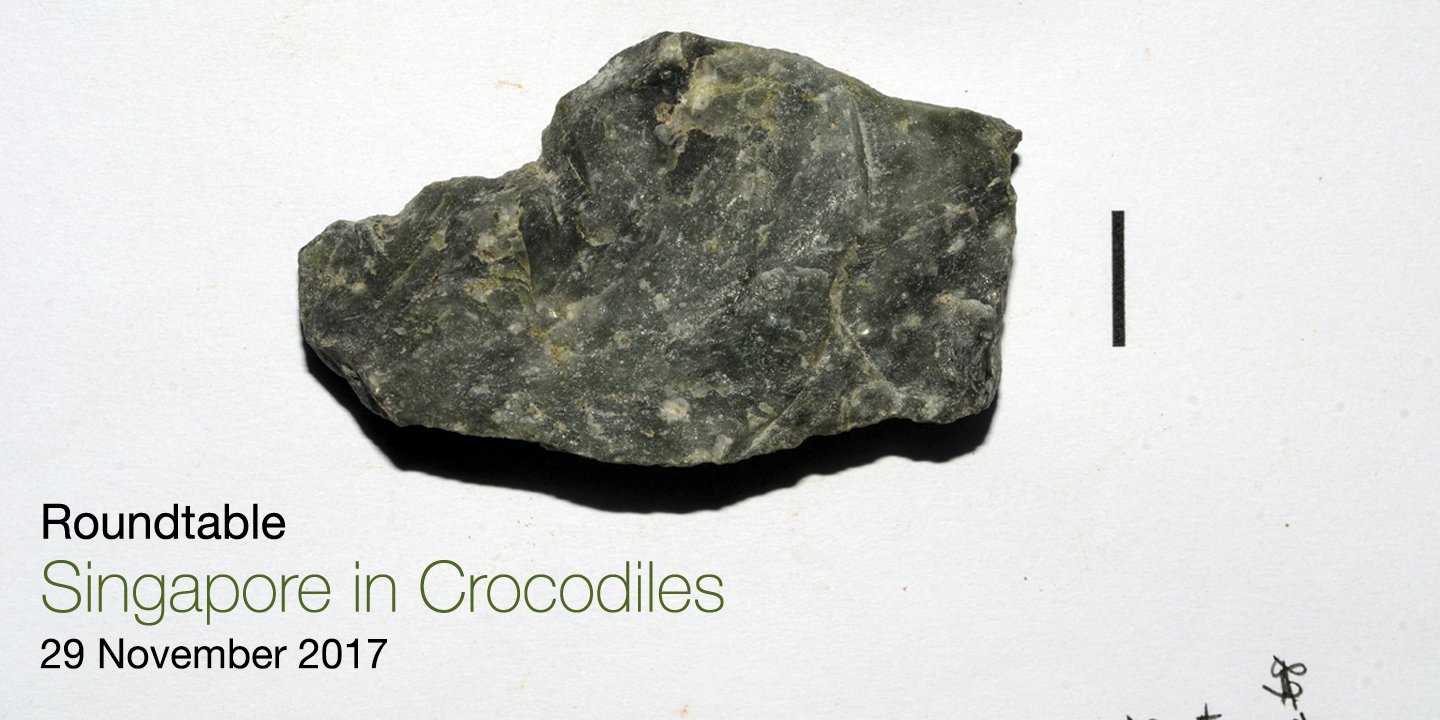 About the prep-room project
Buaya: The Making of a Non-myth is an evolving bodies of works around ideas on the saltwater crocodile in Singapore. It holds a space that welcomes the working presentations of parallel research projects and interpretations done by professionals in fields of natural history, arts, cultural studies as well as organising projects done by students from the NUS. The prep-room currently holds simultaneous research and practices by natural history restorer Kate Pocklington and artist Lucy Davis as well as contributions by museum interns Liana Gurung, Natalie Lie, David Low in response to the pool of resource materials of the project. Buaya: The Making Of A Non-Myth inquires on how the eclipsed histories of crocodiles recover a mapping of conversations, systems of belief and ultimately the connections and projections between humans and the natural world. These parallels and collisions of the perpetuating dichotomy of predator and prey cross paths of co-existence in this prep-room project.