This year’s theme, Our Lost Poems, look at myths, legends, wandering thoughts, reflections, lost riddles and hidden stories. It is a discovery of tales and aspirations that need to be told and retold.

This year’s theme, Our Lost Poems, look at myths, legends, wandering thoughts, reflections, lost riddles and hidden stories. It is a discovery of tales and aspirations that need to be told and retold. Stories that inspire us, legends that have deep cultural roots and riddles that reveal the secrets of the world. This festival finds us at a crossroad, waiting to reaffirm our sense of place in time as we uncover refreshing facets of ourselves:

As General Manager of Singapore Arts Festival 2012, Mr Low Kee Hong shared at the Media Launch, if you ask any young Singaporean to draw upon a Singapore identity, you may be greeted with the majestic architecture of MBS and the Singapore Flyer. We used to rely greatly on Merlion and the control tower of Changi Airport being the icon of Singapore, but that has changed. 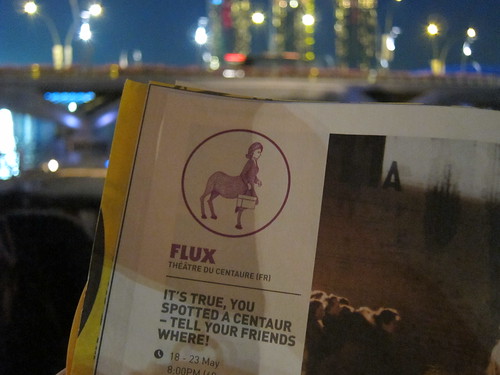 The word flux comes from Latin: fluxus means “flow”. In Greek mythology, a centaur is a member of a composite race of creatures, part human and part horse. As Directors Camille Galle and Manolo Bez put it, centaurs, of course, do not exist, and this fact actually led them to invent a completely new theatre using different forms, and to develop a completely new language.

Animal and human hybrids, centaurs are metaphors for a simple, universal form, two beings becoming one, and FLUX pursues this hypothesis in both its form and content. Antonin Artaud thought that language only served to break up what is provided in the way of understanding of our world. He was looking for a language which would go beyond words, a language which would reunify that which had become fragmented within us. 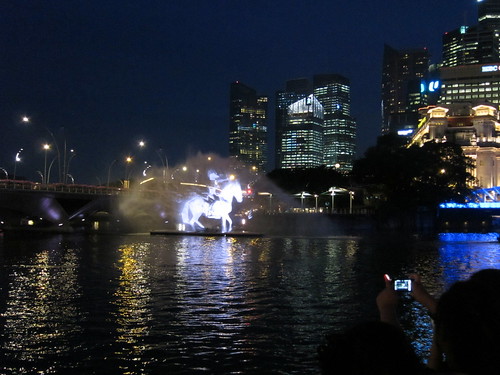 With FLUX, the centaur inscribes itself in this same attempt, that of re-union.

The directors felt that our generation needs to be filled with wonder again and to believe in new utopias. Centaurs are a product of their imagination, but they cannot be improvised from nothing. On the contrary, they are a product of a relationship built over time. Years of communal living are necessary to produce a centaur actor, never finished, never fully realised.

With this in mind, FLUX has been set up as a long term project. Started in 2006, it was premiered in 2009, and will probably never be entirely finished as it is constantly adding to itself as it goes along. Each new location can inspire a re-interpretation of its scenic objectives, and each voyage to a new country can provide an occasion for new film shootings, for new pieces to the puzzle to be added.

FLUX is an experience and you are invited to share. 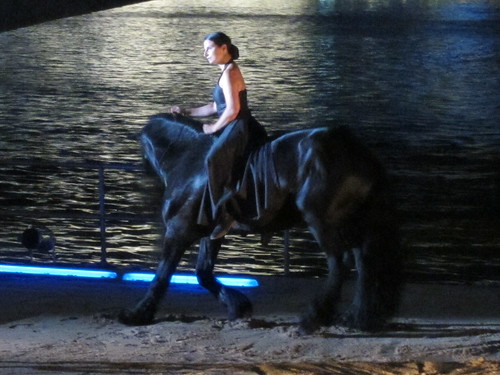 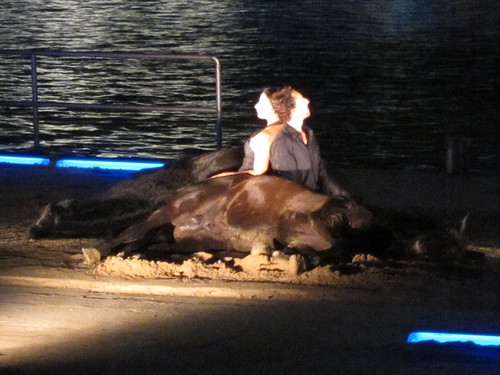 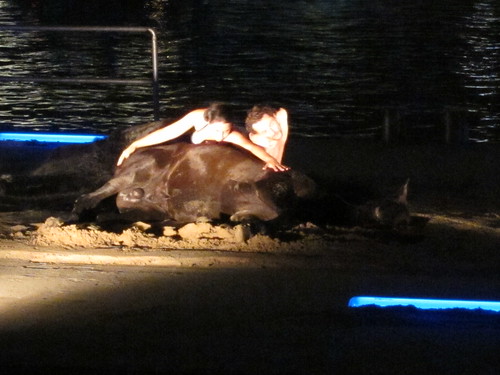