The notion of corporate art feels like an unsavoury oxymoron – art that is sacred and transcendent now acquired at sky-high auction prices by ostentatious capitalists who are less concerned with matters of taste than the occupation of wall space or the decoration of a lobby. Not to mention any piece of art that ends up in private hands equates to one less piece available for public appreciation, leaving us only with paltry photographic reproductions. Yet perhaps these business monoliths have genuine good intentions in their voracious art acquisitions, and can be considered as modern day artistic patrons not unlike the Medici family or the Rothschilds. 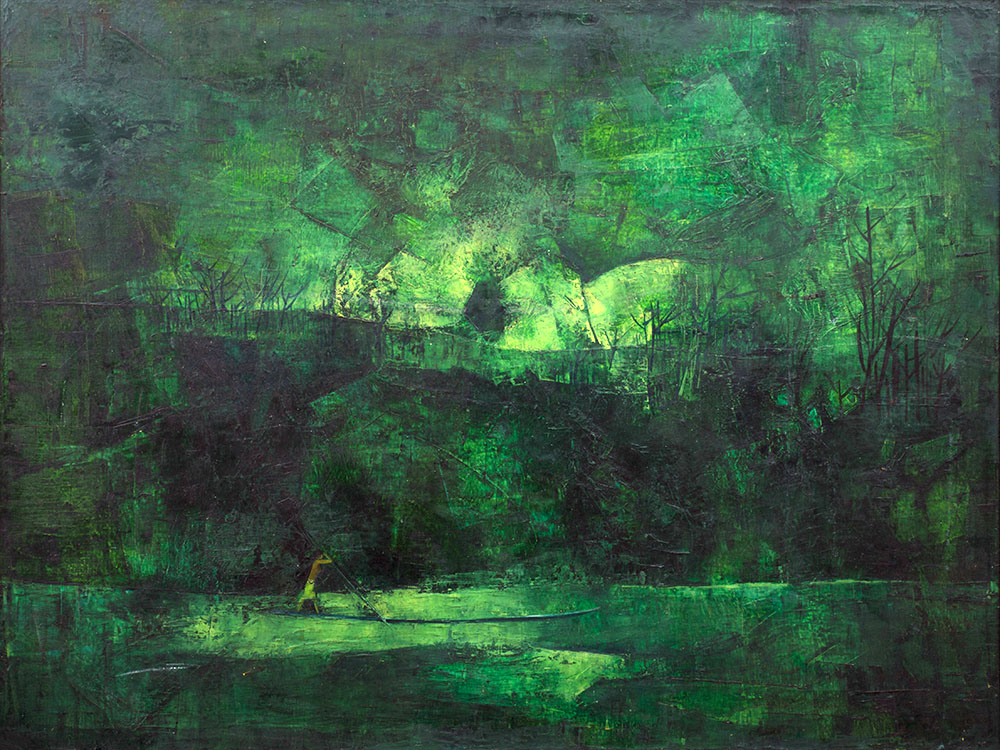 The United Overseas Bank Limited is no foreigner to the local arts scene, evinced by her expanding art collection and more notably, the UOB Painting of the Year Competition, which is in its 34th edition this year. It thus comes as no surprise that UOB has received and has been receiving the National Arts Council’s Distinguished Patron of the Arts Award (in recognition of corporations who have contributed more than $1.5 million to the arts) for the eleventh consecutive year. UOB’s art collection, now open to the public for the first time at the Nanyang Academy of Fine Arts, presents a decent offering of predominantly Singaporean, post-independence works of art. 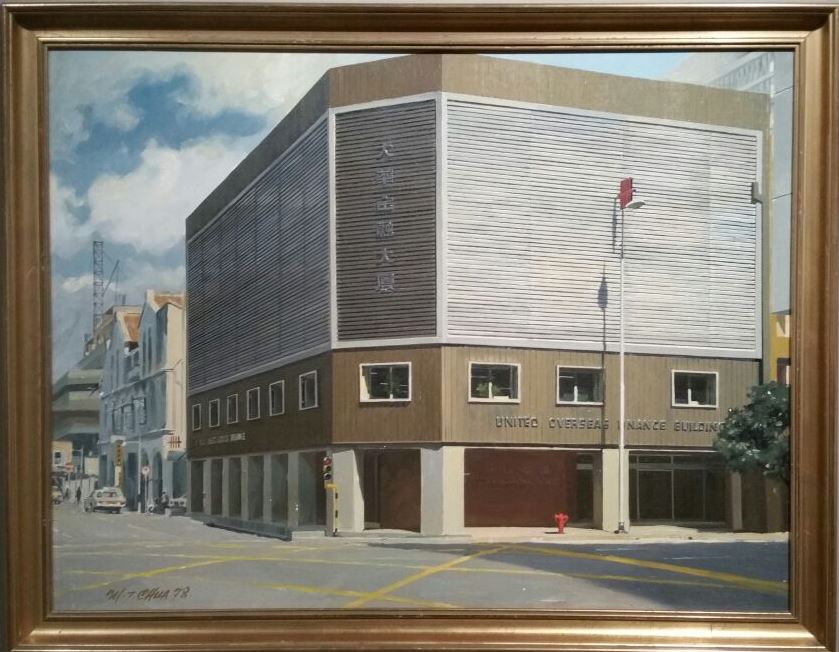 The eighty odd works are cherry-picked from what is a rather wide and far-ranging collection and as such, there is no real structure, so to speak, that grounds the exhibition. In spite of the title of the exhibition, which suggests some form of chronology, artistic developments and evolutions in style and representation are left mainly to the exhibition catalogue. Instead, the exhibition is freeform and works are loosely grouped by their subject matter, such that the viewer sees a smattering of landscapes, cityscapes, urban scenes, nature paintings, unclassifiable abstract paintings and four sculptures.

Tan Choh Tee’s Alley of Chinatown and Backlane (1979), along with Chua Mia Tee’s UOI Building (1978) were clear standouts. Tan’s en-plein-air Chinatown impressions served as good reflections of his status as a social realist keen in capturing what was a distinctively pre-urbanised, pre-The Big Clean Up and pre-gentrified Chinatown in the 70s.  The central qualities of Tan’s two pieces are its sepia tint and impressionist renderings of the surroundings via thick swimming daubs and smears of paint. In Alley, a busy tarpaulin-covered food stall spills onto the street while fuzzy five-foot walkway shophouses loom in the background, in a crepuscular scene marinated in bustling street energy and suffused with the here and now. In sharp contrast to Tan’s snapshots of a bygone era is Chua’s painting of the United Overseas Finance building, which is drenched in sunlight and reminiscent of a Hopperian cityscape. A precise geometry rules the painting with the rectilinearity of the building, the calm rationality extending to the windows, the horizontal panels on the façade and the yellow diagonals demarcated on the street. Chua opts not for the perspective of a full frontal of the building, choosing instead to take up the more challenging side profile. His abilities as a  competent draughtsman is evident in the formal excellence achieved in his portrayal of perspectival space and the ways in which the building is seen in the light, in his delicate handling of the different shades of shadows cast over the windows, the entrance, and the flat plane of grey cast by the building on the street. Here, the building occupies good three-quarters of the entire painting and stands resplendent and imposing, the uppermost tip of the building even exceeding the borders of the canvas.

UOB certainly has attempted to achieve some breadth in its acquisitions, not only in a broad sweep of realist, figurative and abstract works, but also in collecting art in various mediums, from traditional forms of rice paper, batik and linen to the conventional art school essentials of oils, acrylic and watercolour. In this collection, batik leaps from traditional craft to art, splotches of ink and pigments diffuse into rice paper and patterned textiles find themselves on collaged canvases. Two notable pieces by Eng Tow, Images of Bali and Morning Rain over Bali, are executed in similar styles – textile folded to form equidistant creases, forming a sort of ‘cloth relief’, in so doing breaking the two-dimensionality and fixed perspective of what is ostensibly a static work. Thin slanted streaks of black and a light turquoise blue cuts diagonally across the piece, such that when the viewer moves from left to right, we do not just get a single image but rather, multiple, just like a lenticular image.

What emerged as highly superfluous were the arbitrary quotations that littered the exhibit. Rajaratnam makes a cameo in an unremarkable statement about arts funding, Cézanne is the token Great Artist quote pulled out of the bag and even Einstein appears, telling us that ‘Logic will get you from A to B. Imagination will take you everywhere.’ Good grief. I do think quotations are in order, but in place of the stock phrases, perhaps words by the artists represented in the exhibition, explaining the process or inspiration behind their works.

Goh Yew Lin, Chairman of the Singapore Symphonic Orchestra, once highlighted the three main reasons behind why sponsorship takes place. First, the transactional reason, where a sizable donation leads to a gift in return, such as naming a building in someone’s honour (one need only look at the names of galleries, auditoriums, and performing spaces to grasp this reality). Second, the relational reason, where you watch a play to support a friend who is in the cast. Third, the conviction reason, where genuine belief anchors the material support of artistic talent, evident in the likes of Paul Durand-Ruel, Peggy Guggenheim and the Vogels. In an ideal future, corporate patronage forms another robust pillar alongside state funding and philanthropy in enabling the untrammelled expression of artistic will and pure conviction comes to dominate why people give to the arts. Diversification of the UOB collection would be a good step to take in the future, in considering alternate art forms such as photography and installation art, if UOB wishes to continue her role as a bastion of Singaporean art. As Aldous Huxley would have it, ‘if it were not for the intellectual snobs who pay – in solid cash – the tribute which philistinism owes to culture, the arts would perish with their starving practitioners. Let us thank heaven for hypocrisy.’

The UOB Art Collection: Drawing from our Past, Framing our Future