Chan Hampe Galleries at Raffles Hotel presents Face2Face – A solo exhibition by Singaporean artist Rofizano Zaino, curated by Daniela Beltrani. A graphic designer by profession and self-taught painter by vocation, Zaino or Rofi, as he is known, conveys his message through his acrylic canvases, installation and mixed media works. Rofi invites viewers to take a closer look at his subjects, to get a deeper sense of the emotion that lies within. His figures are bold but rendered sensitively to draw out the vulnerabilities of each character.

Face2Face highlights the ethnic diversity that is prevalent in multi-cultural Singapore. Racial diversity is heavily imprinted into the collective psyche yet the legacy of a colonial past and an outmoded system of racial classification has perpetuated unnatural divisions in the way we look at people. As the demarcation between races in Singapore becomes finer and finer, how relevant would these ethnic policies that hinge their assumptions upon a clear and lucid bifurcation between races be?

In his oeuvre to date and in Face2Face, Rofi’s works challenge the viewer to confront his painted characters, to recognise them beyond their ethnicity and associated stereotypes in favour of a more holistic human approach and in doing so to overcome the divisions and to focus on the shared issues affecting people all over.

In Atok (2003), an old man is presented to us without any embellishment. We clearly see the signs of age from the sagging skin and heavy jowls to the busy brows and slightly misshapen nose. This is certainly not your traditional perception of a “pretty” painting but the beauty here lies in its truthfulness. Rofi lays it out as he sees it and lures the viewer in with a curiousity to find out more about his subject. 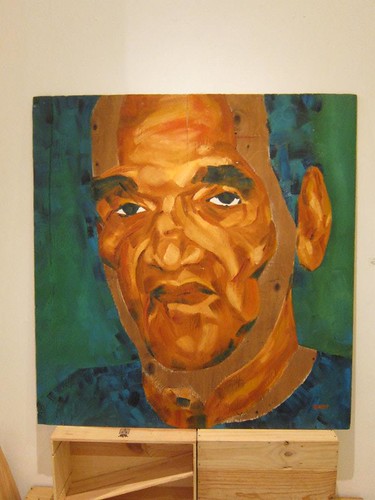 In most of his portraits, Rofi places his subjects at the centre of attention. His characters fill the entire canvases so much so the background becomes inconsequential. As in Mixed 3 (2011) and Mixed 4 (2011), the faces of both women almost totally occupy the works. What I found interesting was how despite the markedly different skin tones, the women looked remarkably similar: Their enigmatic smiles soothing me. I begin to understand Rofi’s message of looking beyond the ethnic diversity of his subjects and recognising a commonality that binds us all together. 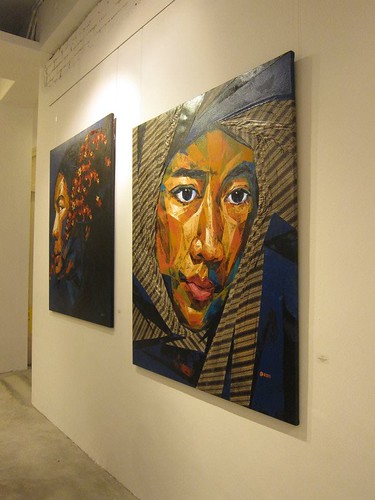 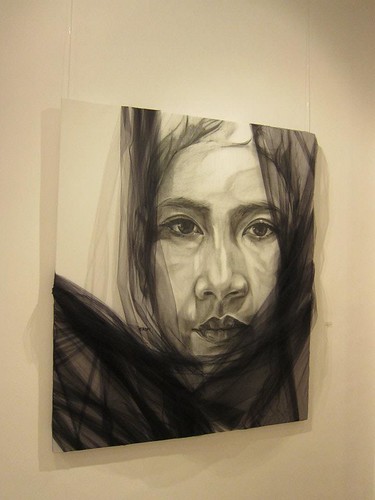 Rofi literally wants the viewer to come face to face with one’s biases or preconceptions and to shakes us out of them so that we may look beneath the surface to uncover a universal truth and thus reconcile the dualities of life.

2 Comments on Face2Face – A Solo Exhibition by Rofizano Zaino