Sherman Ong’s solo show opened at the Art Plural gallery on April 24. The exhibition which will run till May 31, features two photography series, Monsoon and Spurious Landscapes as well as a short film. While his works speak for themselves, we decided to ask Sherman about how he works, his technique and these series.

Sherman Ong’s solo show opened at the Art Plural gallery on April 24, 2014. The exhibition which will run till May 31, 2014, features two photography series, Monsoon and Spurious Landscapes as well as a short film. While his works speak for themselves, we decided to ask Sherman about how he works, his technique and these series. 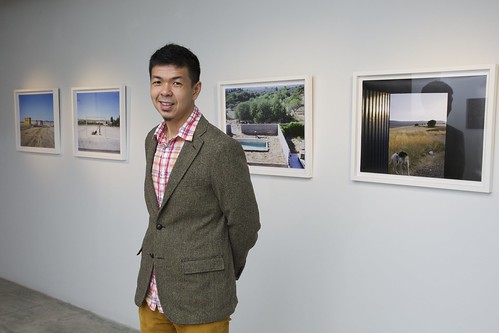 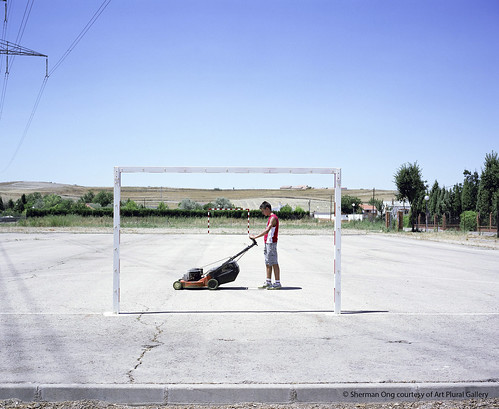 Durriya Dohadwala (DD): Can you tell us a bit about your process …from when you conceptualize, design and then execute a series.

Sherman Ong (SO):  First and foremost, I am a curious person and this sense of curiosity about the world around me defines my work to a large extent. The two mediums that I work in, film and photography, share one thing in common – the Narrative. I have always been interested in telling stories about the human condition – living, dying, loving, hoping, forgetting and longing – and the relationship that we have with the land – how we organize and regulate our lives and our environment. The IMAGE is the common denominator for both the photographer and the filmmaker, albeit one is still and the other, moving. I would normally start with the idea and the narrative. From the narrative, I would proceed to execute the series. But I would also let the environment and the elements around me ‘talk’ to me because that is what art making is all about. Artists are like shaman channelling from a different dimension/universe/perspective into something tangible and more physical perhaps.

DD: Do you work on one series at a time or do you have multiple projects ongoing at the same time?

SO: I usually work on different projects at the same time, and also between the film, photography and installation works.

DD: Your Spurious Landscapes series is shot all around the world….how did that come about? Did you have that theme in mind and then the scenes presented themselves as you traveled or was it the other way around? How long did it take you to do?

“Landscapes can be deceptive. Sometimes a landscape seems to be less a setting for the life of its inhabitants than a curtain behind which their struggles, achievements and accidents take place.”

The series straddles between randomness and planned, where the viewer is invariably drawn to question the ‘validity’ of the photograph as a document or a construction, whether the scene was ‘found’ or ‘intervened’. For me I would like to let the answer remain ambiguous and to open up possibilities for the real and the surreal to mingle in the works. As I move around the different places, some places would ‘talk’ to me and inspire me to create a tableau or mise-en-scene – which would become a jump off point for the viewer to go further into the possible narratives. 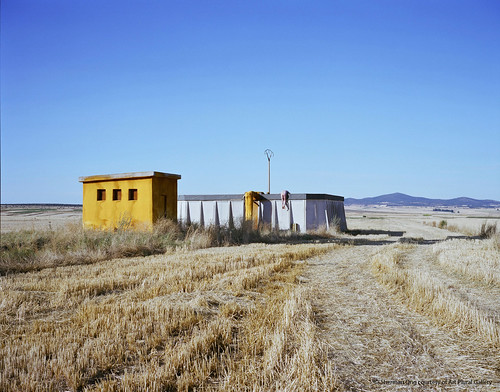 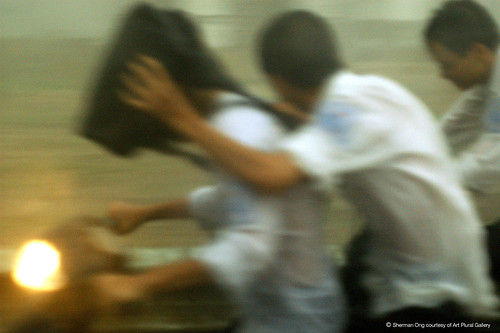 ONG, Sherman, MONSOON – the mechanics of rain, mobility and intervention #2

DD: Since you work in both photography and film, do you consciously think which medium to use or is it something that is clear to you from the onset?

SO: I see myself more as someone who tells stories through images, which could be through the still or moving image. I let things develop in an organic way and I may start a project in one direction and the project could evolve into something very different in the end. That is the nature of the beast – you have to give the process of art creation room to breathe.

SO: I think both series share one thing in common – the Narrative. They represent two extremes of the photographic practice – instinctive (or some would call it the ‘decisive moment’) and the other end of the spectrum is constructed photography. For the Monsoon series, it was made instinctively. I was in Hanoi for my artist residency under the Goethe Institut Art Connexions project. I had already started on a visual haiku series, Hanoi Haiku, when this series came to me by chance during a hailstorm one afternoon in Hanoi. For me, the intervention of the monsoon on the landscape and the body underscore the relationship between Nature and Man within a constructed urban setting.

The Spurious Landscapes series is more planned and constructed, with the ‘construction’ seemingly done by someone else or perhaps the photographer. It doesn’t matter for me. The process is very much like working on a film set, I take inputs from my actors/models and the elements within the scene.

These two series, metaphorically, exist on opposite ends of photography and allow me to move from ‘calligraphy’ to ‘sculpture’ and back again, all within the same medium. To paraphrase a Moroccan proverb: In Life and in Art, nothing is certain and everything is possible.

DD: What does the use of the word ‘since’ mean in the Spurious Landscapes series? (Steeple since 2010, Sunbather since 2010..)

SO: The series started in 2010 and is an ongoing series.

DD: The Monsoon series was done in 2005 and the Spurious Landscapes series was in 2010 . How would you say your work changed over this period?

SO: With time, I think changes are bound to happen in a person and in the artist as he or she goes through different experiences but the core still remains the same – the narrative.

DD: How would you like the first time viewer to approach your work?

SO: I think the viewers should see the works like a story book and let the images bring them on their own flights of fancy and if they so wish to, they can delve deeper into the oeuvre of the artist, his process and practice.

Note: Photos copyright of the artist and Art Plural gallery.